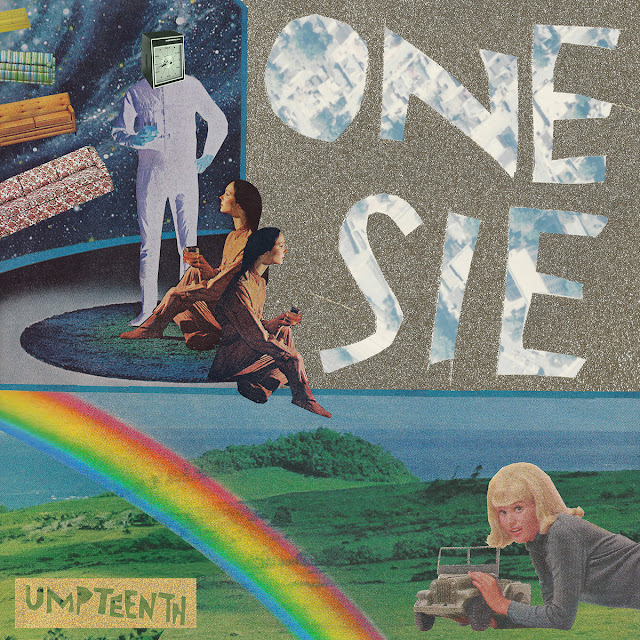 The mid-to-late nineties weren't that long ago, were they? When it comes to indie rock, the stuff that was being recorded 20 to 25 years ago sounds pretty much the same as the indie rock that's being recorded now, especially since so much of today's indie rock is based upon evoking a fixed time in rock's past, anywhere from the late '60s to what was happening just last year. (That was me being facetious.) Onesie, for some reason, is different. This guitar-based quartet is totally 1995. That's not the same distinctive observation as saying they're totally 1965 or even 1985, but their sound on their new album Umpteenth is clearly based on the Clinton years. They sound like Matthew Sweet. They sound like Teenage Fanclub. They sound like a lot of acts from that era who simply wanted to create a new type of straightforward pop-rock, one defined by smart lyrics and a cohesive sound.

How is that different? Well, Onesie seems as if they're being completely honest about what type of music they want to play. You get the feeling that these 11 tracks weren't meant to be a tribute to all those other bands who played tributes to Big Star. It's almost as if these four guys started rehearsing together and this is the natural, organic sound that came out. Led by singer/songwriter/guitarist Ben Haberland, who has the kind of earnest voice that probably belongs to a guy your parents would like (providing, of course, that you parents were boomers like me), Onesie isn't interested in blazing new paths. They just want to charm you with a pure, musical and smart way to play this kind of rock, the kind you listened to and loved when you were younger. 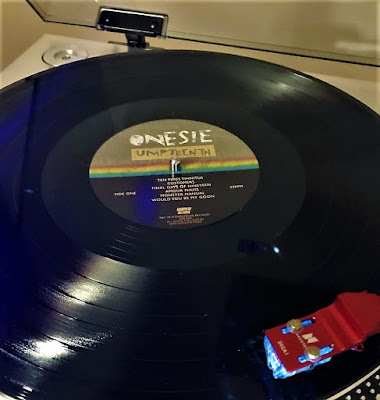 While drummer Lee Madaus, bassist Zack Fanelli and guitarist Andrew Nelson are certainly essential to the Onesie equation, it's Haberland's words that lift these songs above the norm. His lyrics are more poetic than most--they certainly read well on the page, which is something you can't say about everyone out there. Not everyone would inject lines into their power-pop such as "What's your pitiful excuse for casting this Depardieu?" or "If your life is small, maybe that's the right size." Or, let me write it like this and see what you think:

In '87 driving over the Brooklyn Bridge
The scaffolding draped over Lady Libs
When she passed the torch to you, you dropped it

In fact, I can take any couplet, any verse from Umpteenth and write it down on the page and it will seem unusually literate and on point. While Onesie's music will certainly make you smile and remember what good music sounded like twenty years ago, it's the lyrics that will carry this band far--provided you're the type of music fan who also likes to read.
Posted by . at 8:51 AM