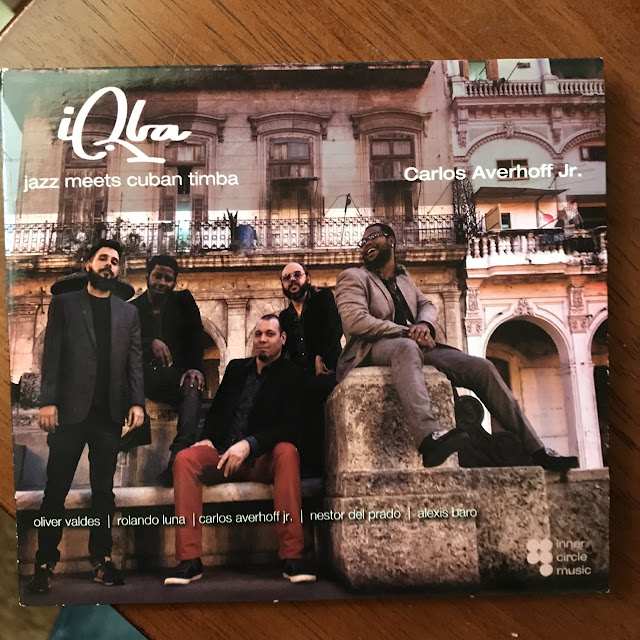 Many years ago I purchased, on a whim, a copy of Gonzalo Rubalcaba's Suite 4 Y 20. Not only did that 1993 LP introduce me to Cuban jazz and its many sub-genres years before Buena Vista Social Club came along, but it also helped to cement my love for all jazz during a period of my life where I had become bored with pop and rock. To this day I still have a warm spot in my heart for that album, especially in the way those subtle afro-Cuban polyrhythms burrowed their way into my deep subconscious and still occasionally emerge as delightful little earworms. Saxophonist Carlos Averhoff Jr. has helped me to revisit some of that magic in his new album Qba!. He has subtitled the album Jazz Meets Cuban Timba, which refers to one of those Cuban sub-genres that blends Cuban folk music with salsa, funk and R&B. It's a sound that instantly takes me back 25 years to Rubalcaba, back to when jazz was a largely unspoiled frontier for me.

While the overall flavor of the album is fairly straightforward jazz, heavy on improvisation, Averhoff has enlisted the help of Cuban jazz musicians who have played with plenty of Timba dance bands, folks such as trumpeter Alexis Baro, pianist Rolando Luna, bassist Nestor Del Prado and drummer Oliver Valdes. That gives these eight tunes, classic compositions that have all been arranged by Averhoff, space to reflect the Timba approach. The result is romantic, abetted by plenty of liveliness that isn't necessarily spurred on by huge dollops of percussion. Averhoff is able to suggest these native rhythms through a pure lyricism, especially when it comes to his saxophone and Baro's trumpet. Their phrasing is distinctly Cuban in feel and transports standards such as Wayne Shorter's "Yes or No" and Jimmy Van-Heusen's "It Could Happen to You" right into a public square in the middle of Havana. 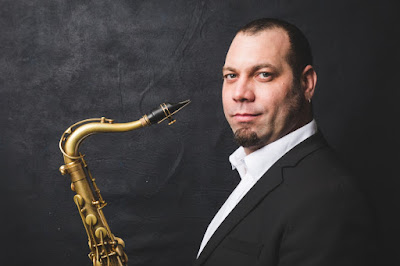 It's exciting to watch the two halves of this music come together, the sweetness and longing of the exquisite melodies and the pulsating rhythms, although they're not necessarily competing with each other at the same time. Qba! ebbs and flows with its energy, and it's designed to be enjoyed whole in a single sitting--almost like a travelogue. While Averhoff's arrangements fuse these disparate elements together with grace, it's Valdes' drumming that truly forms the bridge. He is able to communicate the idea of complex percussion while sitting behind his kit, often sounding like at least two men and sometimes even three.

Many of today's jazz fans are already primed for this type of music by Buena Vista, but the most illuminating part of Qba! is how the music chronicles Averhoff's love for Timba throughout his life, especially when he was a young boy and this type of music was being played all through his neighborhood in Cuba. Averhoff has come a long way from those days--he studied for years in the top conservatories in Cuba before moving to the United States and graduating from the Berklee College of Music and the New England Conservatory of Music. That rich, sultry sound coming from his saxophone will always be his touchstone, however, since it's so evocative of Cuban jazz. Once you hear it, you'll never forget it.