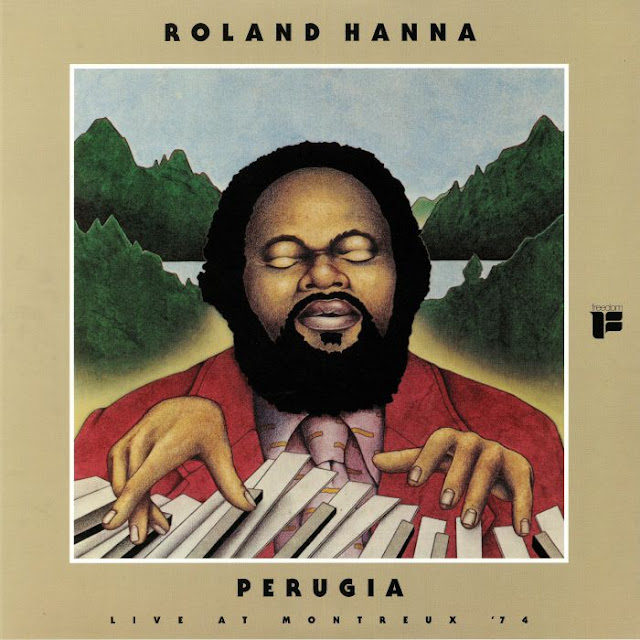 ORG Music has been confusing me a lot lately with a wide variety of jazz releases that seem, in the words of Kilgore Trout, unstuck in time. For example, I've received albums from Dave Hillyard and the Rocksteady 7 and Sunny War that I thought were lost classics, but they weren't. They were brand new recordings. I've also received some incredible LPs, such as Shirley Horn's Softly, that I thought were a good twenty or thirty years older than they actually are. (Softly is from 1988, a strange year for a jazz classic.) These ORG LPs have been quite stunning, especially the pressings themselves. These slabs of vinyl are quiet and smooth--I haven't had any issues with surface noise or other defects. Kudos to the pressing plant that ORG uses, which is the Pallas Group in Germany.

Roland Hanna's Perugia does not have that same temporal mystery--it's subtitled Live at Montreux '74, so we can be pretty sure about its origin. In addition, the early '70s weren't really known for sonic masterpieces as much as pure creative energy, with the lone exception of the Three Blind Mice label from Japan and perhaps Opus3 from Sweden. Perugia isn't necessarily known as a reference disc as much as a time machine, a capturing of a brilliant performance from a pianist who known more for his work in trios than all by himself. This was a rare performance for the unsuspecting folks at the Montreux Jazz Festival in Switzerland on the night of July 2, 1974. On a night devoted to tributes of Duke Ellington, Roland Hanna walked onto the stage and started off with an electric (figuratively, not literally) performance of "Take the A-Train" that immediately grabbed everyone's attention. 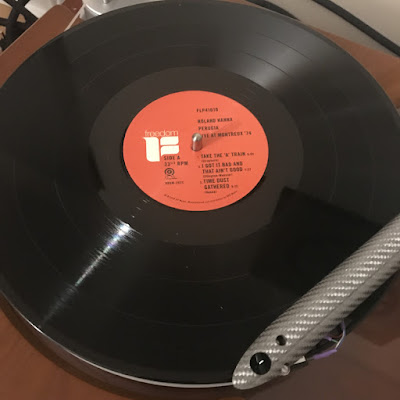 Hanna was originally trained as a classical pianist, and that attention to detail defines his style on the keyboards. As I mentioned, he is lightning quick and full of bristling energy and there's a uplifting ragtime vibe to almost everything he plays. On this recording, Hanna sounds like a very small pianist playing in a very large space, which might have been the case. The sound of his piano is distant, and the listener has the perspective of someone halfway back in the audience. That doesn't mean the fidelity to the original performance isn't there, and you can hear deep into the physical confines of the piano as he delivers each note thanks to the wonderful remastering job done at Infrasonic. But you are part of an event here, a large one, and Perugia does remind you of that all the way through. In addition, the applause is distant as well, a homogeneous sea of clapping hands, so the listener of this album becomes one of the corners of an equilateral triangle. This setting, by the way, was fairly common for live jazz recordings back in the early '70s, so ORG is being faithful to the original tapes.

None of this detracts from the soul and the emotion of Roland Hanna's piano. All this vast space is ameliorated by Hanna's verbal cues--like Glenn Gould and Keith Jarrett, Hanna was prone to humming while he played. It's much more subtle than with the other two--at first I thought it was some sort of distortion creeping into my system, but it's the big man himself, forcing that beautiful music out into the air. That adds a human quality to this recording that helps to overcome the vast sonic landscape in front of you, aligning this performance into a single line that flows easily front Point A (Hanna's fingertips) to Point B (you).

If you're not familiar with Roland Hanna--I only have a passing familiarity with his work with other artists--Perugia is the best opportunity to get closer to this incredible pianist. Hanna plays with a huge heart, a sense of joy and a daunting sense of excitement. ORG's mission with these latest jazz recordings is becoming ever clearer--these folks want you to hear important things that you might have missed the first time. Perugia is an important document of a thrilling, once-in-a-lifetime performance, and you shouldn't miss it.
Posted by . at 2:38 PM