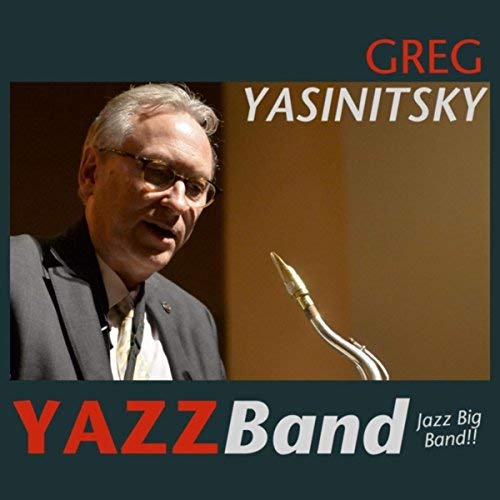 Here's another big band jazz album from an academic, this time from the Pacific Northwest--my old stomping grounds. Saxophonist Greg Yasinitsky teaches composition, jazz studies and the finer points of his musical instrument at Washington State University. As with most of these professors in jazz studies programs across the United States, Yasinitsky has one of those long resumes where he's played with everybody worth playing with--Randy Brecker, Lou Rawls, Sarah Vaughn, Ella Fitzgerald, Ray Charles, Louie Bellson, Stan Getz, Lionel Hampton, Mel Torme and Clark Terry. In other words, he's no journeyman. His new album, YAZZ Band, is strictly big band jazz, which always seems like a natural choice for musicians who are mentoring the next generation of young musicians.

As you might imagine, this is a very professional affair with lots of superb featured soloists such as drummers David Jarvis and Dan Bukvich, trumpeter Vern Sielert, flugelhorn player John Harbaugh and many more. What's intriguing is this beautiful recording was captured right in the studios at WSU, which seems to underline that premise I've been pushing all year--that college jazz programs are doing more than their share to keep jazz alive in the United States. This recording, like many others of its kind, sounds just as dynamic and clean and realistic as anything that might have been laid down at a professional studio with some guy at the board who's been doing the same thing for several decades. The line between "Jazz Studies" and "Jazz in the Real World" is getting mighty blurry. 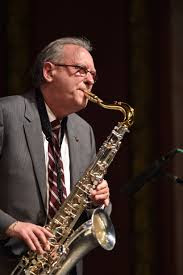 It makes sense that these are original Yasinitsky compositions since he teaches the subject at WSU, and he does have a classic style that melds a nostalgic feel from the post-war era with a big, dynamic sound that's suited for modern big band audiences. Yasinitsky leads the band much of the way while he's blowing his sax, and he has a sultry delivery that reinforces that old-fashioned yet sexy mood. There's only a few times that Yasinitsky steps back and lets someone else take the wheel, and that someone is usually pianist Brian Ward. Ward shares Yasinitsky's taste for sweeping romantic notions, and his lyrical phrasing digs deep into the beating heart of songs such as "New York Confidential" and "Sideways."

Many of Yasinitsky's compositions were commissioned for the 30th anniversary of the British Columbia Interior Jazz Festival. Most of the musicians in the YAZZ Band are also from the Pacific Northwest. I'd like to say that the YAZZ Band plays in the traditional style of PNW jazz, but as far as I know there is no such thing. What this geography reveals is that big band jazz is experiencing quite a lot of exposure these days, whether the musicians are from the University of North Texas, the University of South Florida or Washington State University. It's American music, played all over the world, and young people are still signing up in droves to learn it and play it--and that's exciting.
Posted by . at 12:16 PM