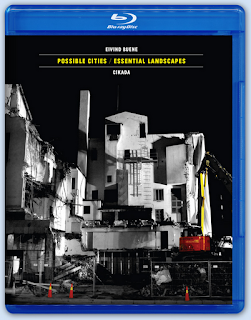 My own journey through classical music followed the proper chronological order. I started with Vivaldi, Bach and Boccherini in college, got caught up in the Mozart craze when Amadeus came out in 1984, skipped completely over Beethoven and Schubert and was deeply into Prokofiev, Rachmaninoff and Shostakovich by the time Reagan left office. By the end of the '80s, I was confronted with the prospect of following those dark, atonal charms of Schoenberg, Bartok and Berg before I stepped back, exhausted, and let my mind wander and relax with the minimalism of Glass, Nyman and Arvo Part (especially Arvo, who understands the secrets of the universe).

But the single piece of modern music that had the greatest impact on me was Kevin Volans' modest and relatively brief White Man Sleeps. The final movement is novel because the conventional string quartet become so guttural and percussive, and therefore so unconventional. The instruments sound like hornets circling a fallen nest, menacing and swirling and trying to figure the next step. That piece showed me how far the boundaries of so-called "classical music" could be stretched. It's been twenty-five years since I first heard that piece, and nothing has sounded that strikingly innovative since--until Eivind Buene's Possible Cities/Essential Landscapes.

That bold recommendation comes with a plethora of caveats. This is supremely adventurous modern music that will probably appeal to a very narrow range of music lovers; you will not sit back and relax and listen to it with a langorous grin on your face. It's edgy, violent and startling, and you will jump out of your seat at least once. Buene (pictured below) has composed this music with the intention of capturing images of urban decay, stark industrial architecture, chaos and the ultimate surrender to organic forces. I can easily imagine hearing this music while walking through the ruins of an industrial city in the middle of the night, alone, fear rising up through my legs and into my gut. When I hear the slow, agitated bend of the notes played by the string section, I can almost see the rats running along the power lines. When the percussion strikes loudly and suddenly, I imagine rocks being thrown through the windows of an old deserted factory. Maybe it's me, accidentally knocking over some relic that crashes onto the ground, reminding me that I shouldn't be there. If I had composed Possible Cities/Essential Landscapes, I probably would have called it Places You Shouldn't Go at Night by Yourself.

I've made this music sound joyless, frightening, inaccessible and maybe even a tad annoying, but it's actually exhilarating in many ways. Because it's from 2L Recordings in Norway, it sounds spectacular. As performed by Cikada, a ten-member Norwegian ensemble conducted by Christian Eggen, PC/EL is an incredibly detailed recording that will allow you to easily decipher the individual instruments on the stage and how they interact with one another. This level of musical fidelity is absolutely essential to the interactive feeling you'll have while listening. Ten minutes in, you'll be looking over your shoulder to see who's following you. This is a challenging musical piece, and many of you will not get through it. But for those who are constantly searching for the envelope's edge, this will be an exciting, agitating, nerve-wracking and occasionally lyrical experience--and you can also use it to get those last stubborn houseguests to finally go home. 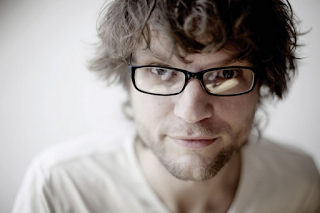 One more note: I've been admiring 2L Recordings and their commitment to delivering truly unique titles that focus on amazing sound quality and exceptional value. Well, Morten Lindberg has upped the value a notch by including an SACD/CD hybrid disc with the Blu-ray disc. I pulled out the rather hefty booklet from the case, and lo and behold there was another disc beneath it! I then went through all of the previous 2L Blu-rays to see if they all had a hidden disc and only one--Ola Gjeilo's Piano Improvisations--had it. (The upcoming David and Bathsheba also has the bonus disc.) That allows me to hear these incredible recordings on my high-quality CD player as opposed to the cheap Samsung Blu-ray player--and yes, the CD rules and yes, it's an unfair comparison. But it's much easier to make the jump to a new digital format such as Blu-ray audio when companies such as 2L give you this many choices.