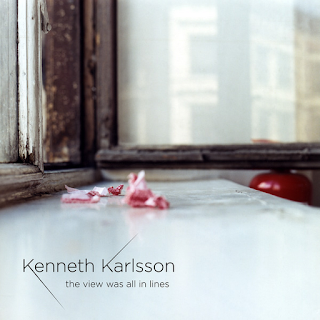 From an unbridled pounding on the keys to gentle, deliberate notes strung singularly and allowed to decay naturally, Kenneth Karlsson's new recording on 2L is a virtual tutorial on how a piano should be reproduced. I've always found it challenging to evaluate hi-fi equipment based on solo piano recordings; you have to search for delicate clues such as the notes traversing across the sound board in a believable way, or the soft pedal work that transforms the nature of the notes and how they interact with the room boundaries of the original venue. Some recordings make this incredibly easy--my Three Blind Mice jazz LPs accomplish this with aplomb--but a vast majority of these recordings often obscure the sounds that a large wooden musical instrument makes and concentrate on the notes and only the notes.

To hear how a piano sounds in a live, unamplified space, you need to hear more than the unfettered notes. You need to hear how the pianist interacts with this large music-making machine, and that's why so many classical music lovers appreciate artists such as Glenn Gould and Keith Jarrett, among others. Breathing, body shifts and grunts are something that are experienced by the listener during a live performance, and these biological additions influence how the notes project into the room. Kenneth Karlsson doesn't hum or squirm in a distracting way, but his measured breathing becomes as vital to these performances as the piano. Throughout this difficult, challenging music, he wrstles with wood and metal and ivory and produces a sound that moves beyond the organic and becomes utterly convincing in every way. You'll hear the music ebb and flow through every breath.

A vast majority of the splendid 2L Recordings are Scandinavian down to their bones, and here Karlsson presents the work of two noted but relatively under-represented Norwegian composers, Asbjorn Schaatun and Rolf Wallin, to expose non-Scandinavian audiences to the terse expressionism of these modern figures. These pieces are the polar opposite of pastoral, and feature jarring, naked atonalities that project agitation, confusion and regret. Karlsson tempers this music with something more familiar--two pieces from Arnold Schoenberg. As Karlsson states in the liner notes: "I felt there was something missing...I wanted something more spontaneous and less premeditated than the rest of the music." He included Schoenberg's Sechs kleine Klavierstucke--a piece that was written in a single day--to celebrate its centennial, and to show the contrasts with the contemporary works by the other two. Those expecting something to cleanse the palate between Schaatun and Wallin will be surprised at the seamlessness in the transitions, and how exemplary of a choice this ultimately was. 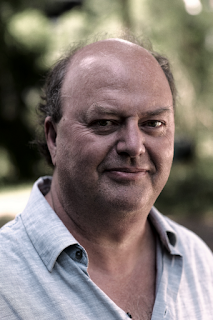 This is the first recording I've received from Morten Lindberg that featured neither the Blu-ray audio nor vinyl formats. As I mentioned with the Buene piece I reviewed a few days ago, my playback capabilities concerning redbook CDs are far more sophisticated than with Blu-ray so I'm experiencing a more realistic sound. When it comes to sheer piano, I don't believe I've heard better from CD. My touchstone for realism continues to be a handful of vintage LPs I own (RCA Shaded Dogs and the aforementioned TBMs), but this is an amazing recording that will show off your system and further cement 2L's reputation as the vanguard for 21st century classical recordings.
Posted by . at 2:49 PM