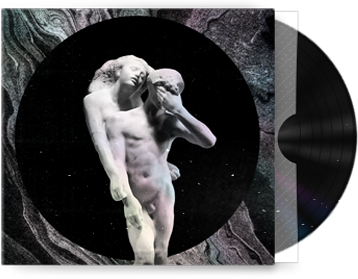 I didn't have high hopes for Arcade Fire's new double album, Reflektor, after I heard a few snippets during a recent NPR news feature. As far as I was concerned, this Montreal band was on a downward spiral after the empty Grammy-winning success of 2010's The Suburbs. Their 2004 debut, Funeral, was so emotionally satisfying that it instantly became a personal favorite. 2006's Neon Bible had quite a few high points but didn't quite match the stunning consistency of its predecessor. The Suburbs started off with a couple of memorable tunes, but everything afterward was forgettable. I started to sense that the band was harboring a dark secret, that a dozen musicians playing three-chord songs could make the music seem much more complex than it really was.

Then Win Butler and Regine Chassagne, the married couple that fronts Arcade Fire, did an interesting thing--they went down to Regine's native country, Haiti, and soaked it all in for a while. They came back invigorated in a way that reminds me of David Bowie and his Berlin Trilogy, namely, that we traveled the world and hear a lot and soaked it all up like a sponge and now here it is--new, unlike anything you've heard, albeit made up of familiar parts. Reflektor is equal parts disco and Haitian rara music. I'm not talking about the bad disco we all hated back in the '70s, but rich and distinctive dance music that made you forget about dance music and just made you want to dance.

Think of albums such as Fear of Music and early New Order and you'll know what I mean. Reflektor might be locked into a groove, but that doesn't mean the music is bereft of great musical ideas and deep thoughts. This new album is unusually dense, despite the fact that Arcade has pared their unusually large collaboration down to six band members and rely more on studio effects than big, busy arrangements. Each member now has to step it up and make everything sound more like a tight, talented ensemble--take the Johnny Marr-esque guitars in songs such as "You Already Know" and "Joan of Arc," for instance, or the increased vocal interplay between Win and Regine. 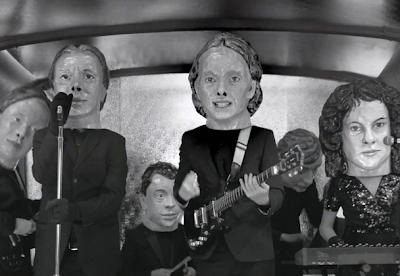 If Reflektor does have a glaring fault, it's in the lyrics. I suspect the band is suffering from Coldplayitis--stunning music that's designed to cover up some downright banal phrasing. You can't come up with couplets like "You're down on your knees/and begging us please" or repeatedly sing "Here comes the night" without taking some flak. I know they have it in 'em--just revisit Funeral for a multitude of examples. But it's a happy event when an intriguing band re-invents themselves and challenges long-time fans to keep up the pace a la Kid A. It's even better when it has a good beat and you can dance to it.
Posted by . at 7:28 PM