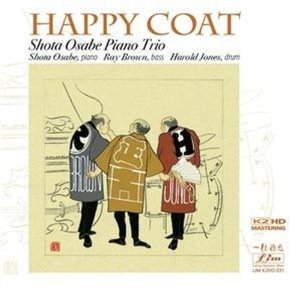 Oh, the temptation of having a convenient source of high-quality audiophile music just a couple of doors down from your exhibit room. That was my dilemma at last month's Rocky Mountain Audio Fest--the First Impression Music (FIM) room was two doors down, and it was so easy to run down there for a few minutes and choose a title to play in our system. I've talked about FIM before--I've reviewed both the hi-rez redbook CD versions of the Three Blind Mice sampler and Getz/Gilberto here and here. In the last two years I've brought both of those amazing CDs to every trade show I've attended. They're spectatcular demo pieces that never fail to hypnotize the show attendees.

I kept it down to two FIM CDs--The Shota Osabe Piano Trio's Happy Coat and the Jacques Loussier Trio's The Best of Play Bach. I could have easily bought every title they had for sale--easily 40 or 50--but that would have cost a fortune. (They were on sale at the show for $30 to $60 each.) Dan Muzquiz of Blackbird Audio, our dealer that we were representing at the show, wound up buying at least six or seven. Once you listen to the smooth yet extraordinarily detailed sound quality of these hi-rez redbook CDs, it's hard to keep your credit card in your wallet. They're downright addictive. 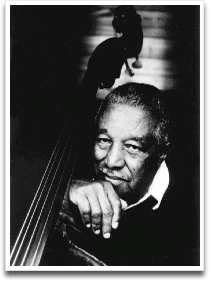 I bought the Jacques Lossier Trio CD (which I'll review next) because it was the recommendation du jour--so many rooms at RMAF were using it. Sure, it's spectacularly dynamic and the performance is legendary, but Happy Coat was the one that ultimately won my heart. At first the Shota Osabe Piano Trio sounds like a typical Three Blind Mice group...until you see that pianist Osabe-san is joined by Ray Brown on bass and Harold Jones on drums. What makes this 2002 resording so special is that it was Ray Brown's second to last recorded performance--he died 123 days after this was captured in a Japanese studio. This album of standards (including "In the Still of the Night," "This Is All I Ask," and even "I Saw Her Standing There") is full of warmth and richness, so much so that the first thought that popped in my head upon my initial listen was "round as a plum." Happy Coat is absolutely juicy and sweet and comforting.

Here's how good the sound quality of this 2008 remastered version of Happy Coat is: it became a default disc for me at RMAF. Whenever I couldn't decide what I wanted to play next, I just put it in. I knew it would sound great, it would mesmerize the crowds and I could concentrate on other business. In most cases, however, I was compelled to forget about business and sit down and listen and enjoy. Happy Coat makes me very happy indeed.