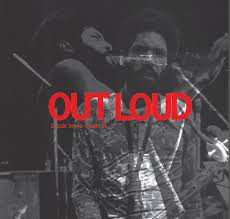 A few weeks ago I received an email from a publicist, Jazz Promo Services, concerning the LP release of Out Loud by the Frank Lowe Quartet. These days I've been quickly reading and deleting these emails for one particular reason: they're usually offering MP3 downloads instead of actual physical media. As I stated in this blog entry from late last month, I've decided not to respond to any publicists or record label employees who insist on sending me music to review without actually sending me any actual music, you know, in physical formats. As I've already said, when I do music reviews I tend to judge according to sound quality. MP3 files, to me, sound horrible.

This email blast from Triple Points Records caught my attention, however, because the actual product was very intriguing. Saxophonist and multi-instrumentalist Frank Lowe was one of those free jazz stalwarts who emerged in the early '70s, a musician who didn't quite make the big name for himself yet still managed to influence an entire generation of jazz musicians who wanted to push the envelope. In 1974 he enlisted trombonist Joseph Bowie, bassist William Parker and drummer Steve Reid for two recording sessions in two separate New York City recording studios, Survival Studio and Studio Rivbea. Basically, every single track ever performed and recorded by these four gentleman is contained in these two LPs. 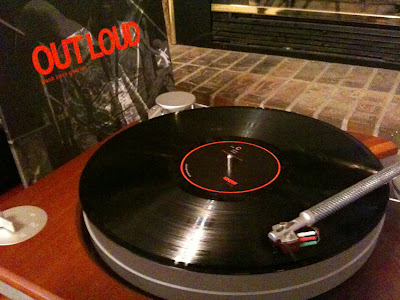 Also included in this 2-LP set is a 38-page booklet, previously unpublished photos and a link to a 40 minute video from Rivbea. The whole release is limited to just 550 copies, and it was transferred by the mastering team--Ben Young and Joe Lizzi--who were responsible for two of Triple Point's Grammy-nominated releases over the last few years. I said to myself wow, this would probably be a cool thing to have. With a pressing of just 550 copies, however, it seemed very unlikely that I would receive one for review, and I figured that my only chance to hear these rare recordings was through some marginally satisfactory MP3 download. So I passed on the opportunity to review Out Loud and I deleted the email.

A couple of weeks later I received a package in the mail. It was my favorite kind of package, about twelve inches square and very thin. I opened it and lo and behold, I had a copy of Out Loud in my hands. JPS sent it anyway, as if they had read my mind. It took me a while to figure it all out, but I'd received something called a promotional copy. I'm being sarcastic here, but quite honestly it was the first time I'd received one, even though I have a few "promotional copy/not for resale" CDs in my collection courtesy of a less-than-ethical used record store in Northern Virginia that I used to frequent 20 years ago. So my copy didn't include the rare photos and the helpful booklet or the link to the 40 minute video. All I had was these two beautifully pressed slabs of vinyl and the extraordinary music contained in the grooves, which was still a thousand times better than an MP3 download code. 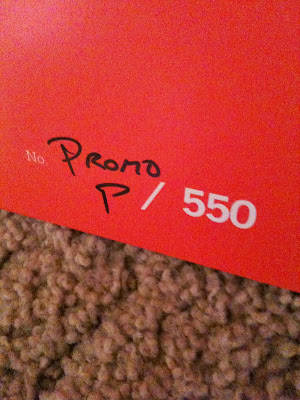 I'm not sure how you feel about free jazz--Colleen generally forbids me to play it in her presence--but in college I had a thing for Ornette Coleman. My brain, for some reason or another, can make sense out of what sounds like measured chaos to the vast majority of jazz fans, and I can allow myself to drift in between the cracks and find the flow and turn it into something trance-like. Frank Lowe's music is slightly more challenging than that--it jumps and it screeches and it doesn't let up for a second. This quartet was on the edge of taking free jazz to the next level where it would sound more exotic, more saturated by percussion, more junkyard dog. Unfortunately this amazing album captures just a fleeting glimpse of that spark; the four members moved on after these recordings were made, and if you weren't hanging out in some of those famous NYC lofts in 1974 you missed it completely. All of these recordings were shelved indefinitely, and it forty years to dig them up, wipe them off and present them in this undoubtedly reverent manner.

Perhaps the most amazing part of this album is the genuinely fantastic sound quality. This pressing is extremely quiet, allowing the musicians to remain separate and distinct and deliberately place in a spotlight with the soundstage. That quality alone makes this dense, noisy celebration more palatable to the uninitiated--there's such a human feel to these performances, all the warts and flaws and spontaneity remind you that Out Loud represents a lost moment in time, a moment only accessible to a lucky 550 people--plus a few humble music reviewers such as myself. Highly recommended for adventurous jazz fans.
Posted by . at 2:43 PM