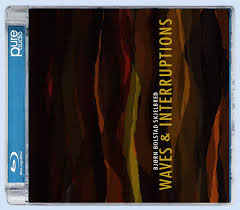 It's tough to review atonal, dissonant music in general because I feel there's a fine line between appealing to those more adventurous classical fans and throwing up your arms and saying, "Look, this is a difficult listen and you might think I'm crazy for recommending it so highly." You start talking about other aspects of the music, such as the recording quality or even the bleak moods and images that are summoned from the deepest recesses of your soul while you're listening. That's why it's such a delight to come across a recording like Bjorn Bolstad Skjelbred's Wave & Interruptions.

Sure this is challenging music, cast in that Scandinavian bleakness that comes from a culture that is characterized by somber emotions and a routine attitude about the value of perseverance. But this new Blu-ray audio disc is a huge surprise because the music is performed by such unlikely combinations of instruments--marimba and viola on the opening "Movements," for instance, or vibraphones, crotales, flutes and guitar on "Lines in Motion, Entwined." That sounds superficial, judging a recording great because you appreciate the exposure to more exotic arrangements with equally exotic musical instruments, but Waves & Interruptions opens a window into unique musical experiences, such as hearing the lowest registers of the marimba and hearing how deep the notes can reach, and how these thunderous flourishes, such as on the closing title track, can shake the floor and bounce off the walls of the recording venue. This is a marimba, after all, not a tympani. 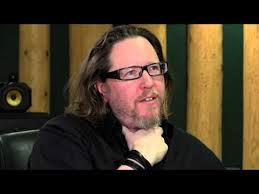 That makes this recording such a wonderful demo disc, to be sure. As usual, Morten Lindberg of 2L has successfully mated unusual and complex music with a recording quality that underlines how instruments such as the marimba and the vibraphone and the bass flute sound in a very real space. How often do you hear these instruments out in the real world? These instruments are often used as embellishments, otherwordly touches that distinguish a piece as unusual and far from the mainstream, and to hear them spotlighted is a rare treat.

The story behind Waves & Interruptions, as is the norm for 2L, is as interesting as the music itself. Composer Skjelbred produced all of these pieces for melodic percussion--a term I really like--from 2001 to 2013, and it's a considerable coup to have enlisted the services of noted Norwegian percussionist Eirik Raude to interpret these gems. The liner notes point out the introspective tone of this music and note how they capture the shy persona of the composer, and that's perhaps why it's easier to digest the more calming aspects of this poetic music than it is to go on an all-night bender of Berg, Bartok and Schoenberg. You can crawl between the quiet spaces of the music and curl up into a fetal position, knowing that you won't jumping at sudden crashes and crescendos. It's strange music, indeed, full of tension and a weird arcane magic that still manages to be soothing in a way you might not have felt before. 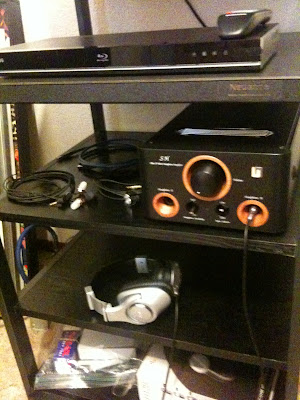 This quiet, of course, escorts you deep into the recording where you will easily hear the uncommon physical links between musicians and their instruments--breathing, positioning and the tandem resonances of wood, metal and flesh. I've listened to this disc a few times now on my new headphone rig (Unison Research SH headphone amplifier, ADL H128 headphones and a simple Blu-ray player, all linked with Cardas Clear cabling and power cords), and it's quite wonderful allowing these remarkable sounds into your head. At the same time, it's even more thrilling to play this disc on my reference system just to hear these musicians exist in such an intimate yet isolated spot on the stage.

So it's another amazing sonic experience courtesy of 2L. I will go further and say that Waves & Interruptions goes one step beyond this--of all the fascinating yet difficult recordings I've heard from this Norwegian label, this one is the most accessible and pleasing, all while maintaining its place in the vanguard.