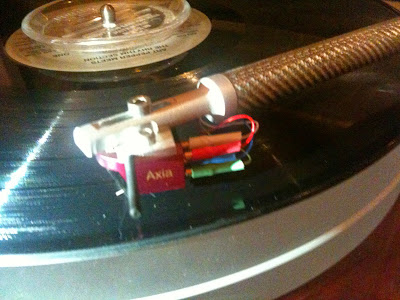 I'm in a pretty good mood today. Minutes after waking up this morning I discovered that Scot Hull, the Part-Time Audiophile, had published an article on our all-analog PureAudio/Opera/Unison Research/Transfiguration/Furutech room at the 2014 Rocky Mountain Audio Fest. You can read it here. Don't let the whole The Audio Traveler thing confuse you--it's a new companion website Scot started just to cover all the US audio trade shows like CES and RMAF and AXPONA and T.H.E. Show and Dagogo and all the rest. The Part-Time Audiophile will just focus on equipment reviews, opinion pieces and whatever else comes along.

I say that last part because it's clear that Scot Hull is a rising star among audio journalists. He's expanding, hiring really good writers like Malachi Kenney and Kirsten Brodbeck-Kenney (yes, they're married, but they each have very unique writing styles and perspectives). For me, that's what it comes down to--the quality of the writing on the part of Scot Hull and his staff and how they really seem to be the future of audio journalism. The first time I read one of Scot's articles, I said to myself, "Uh oh, this guy's doing what I'm doing, only a hundred times better." I almost deleted this blog that day. When I told that to Scot during the epic 2014 Denver Whiskey and Cigar Fest he describes in his current article, he told me "No dude, you're the one who inspired me to do the Part-Time Audiophile," or something like that. My eyes were spinning pinwheels by then, and cartoon hearts floated above my scalp. "No, my writing sucks compared to yours!" "You're crazy--you're so much better than me!" This went on all night, and then Colleen grounded me for a month for being out too late. 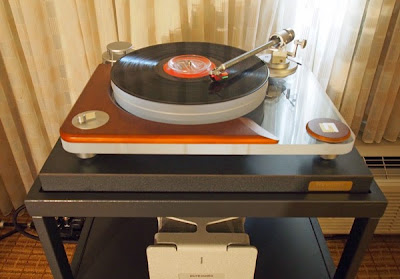 Anyway, Scot is far too kind in this article, and Colleen and I, as well as all the manufacturers involved, appreciate what he wrote. Like I said on Facebook this morning, I smell a Pulitzer. While looking at Scot's photos of the my analog rig, however, I realized I haven't announced that that wonderful, exquisite Transfiguration Axia cartridge is now mine, all mine. I couldn't bear to send it back to Dan Muzquiz--it's just such a wonderful match with the Unison Research Giro 'table and arm, as well as the stupendous PureAudio Vinyl phono preamplifier, and I told Colleen during the show, "I don't want to send this back." Bob Clarke, who distributes Transfiguration in the USA through his company Profundo (which also represents some of my personal faves such as Trenner & Friedl, Heed and VivA) got involved. We're all good friends and have a lot of respect for each others' brands, and we do a lot of business together--especially during trade shows like RMAF where we often share rooms. In other words, no shenanigans were involved--by now everyone should know I love a lot of brands I don't represent, and I'm more than happy to tell the world about it. Suffice it to say that I'm deliriously happy with this cartridge on my turntable, and I owe a debt of gratitude to Bob, Dan and Colleen.

One reason why I got a great deal was because this isn't the latest Axia--apparently some improvements were made to the design last year. This was Dan's low-mileage demo Axia for Blackbird Audio Gallery, one that I'd heard previously on a Funk Firm table/arm combo. I remember how fantastic this cartridge sounded then, and I've known ever since that I wanted one. I had the great pleasure of breaking in Transfiguration's middle model, the $4200 Phoenix, for RMAF two years ago. That was two months of heaven, and I really wanted to keep that one, too. I'm intrigued with the idea that the new Axia is somehow better than this one, but at the same time I'm totally in love with the way this cartridge allows the music to flow much more freely into my head. I used to pride myself on being a "Koetsu Man," but Transfigurations have all that lush beauty with more detail, presence and energy.

I guess I'm a "Transfiguration Man" now. And that sounds super cool.