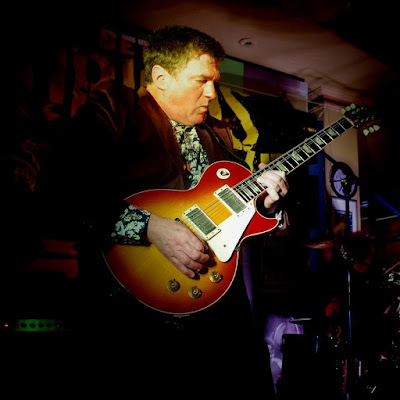 About a year ago I was hosting an exhibit room at one of the hi-fi trade shows--I'm about 99% sure it was RMAF 2014--and a salesperson from one of my dealers came and sat in my room and evaluated our system. He came away quite impressed with the sound, which is a good thing since he sells our products to his clientele. Before he left, he recommended one thing--I should use footers and vibration control from a particular company in order to "sharpen" the sound of each component.

When I priced these products I was a little dismayed at the high cost of just a single set of footers. And I was supposed to stick these under every single component I demonstrated? Whew. I was going to have to cut down on cigars in order to find the budget to include these products so CCI could have that advantage over the other exhibitors--who were also using these products as well.

Flash forward to this year's RMAF, from which we've just returned. While there, I noticed the aforementioned footers in what seemed like every other room. The word was out--if you're serious about audio, you need these expensive thingies. I found myself in one of the better-sounding rooms at the show, where the actual designer of the footers demonstrated the sonic differences with and without his product. There was no doubt about it...with the footers in place, the noise floor lowered and the overall sound was fuller and more detailed. I was sold, except for one thing; I'd heard a similar demo in Australia the month before with another product that was more modest in looks, and therefore potentially more affordable. 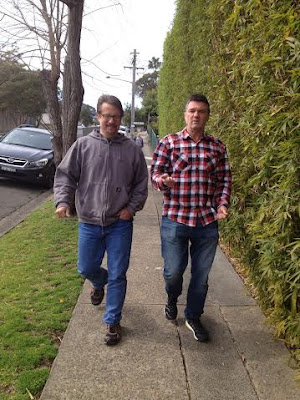 The man in the photo above is Les Davis. Les has been in and out of the audio game for many years. He's a gifted musician as well as an audiophile with excellent hearing. A mate of Brad Serhan and David Allen, Les wanted a few minutes of my time so that I could hear the effects of a new damping material he had developed using constrained layer damping techniques. While in Australia, I heard about constrained layer damping many times--Brad uses this design concept to seal the cabinets of the Brigadiers Audio BA1 and BA2 loudspeakers.

Les, however, has taken the concept one step further. He showed us a simple sheet of his material, which we then cut up into squares to slide under the components of the system we used to evaluate the voicing of our two speakers. The sheets looked like aluminum foil that had a distinct grid-like pattern stamped into them. First we placed a sheet under the Arcam CD player we were using. We heard those same gains in clarity, frequency extension and detail. We then placed a sheet under the Einstein integrated amp that we had all grown to love during the development of the BA1 and BA2. We heard even more gains. Finally, we placed sheets under the Brigadiers Audio BA1, which you can see below. What I thought was one of the greatest speaker designs I've heard in quite some time became even better--deeper, clearer, more coherent.

I told Les that he was definitely on to something. After the demo, Les and I talked about everything under the sun, including our favorite music. Les, who is British and grew up during that stellar era of UK music in the '70s and '80s, had quite a bit in common with me, the kid who was totally into the LA punk scene back in the early '80s. You know, SST bands like The Minutemen, Husker Du, Meat Puppets and Black Flag. 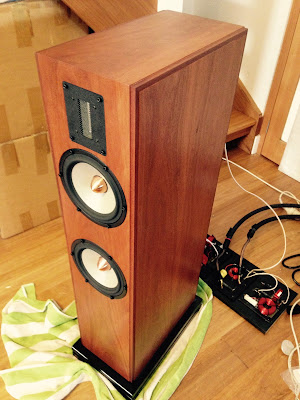 So what is constrained layer damping? I'm not an expert at this point, but I'm learning so I'll proceed with caution. (Both Les and Brad can offer a more eloquent explanation, I'm sure.) CLD is used for damping and vibration control in a number of technical applications. CLD usually consists of a three-layer sandwich of damping materials--a base layer, a damping layer and a constraining layer. The alternating layers then dissipate all vibrations as "low-grade frictional heat."

Brad's use of constrained layer damping is applied through the use of birch-ply construction in his cabinets, with a specialized adhesive between the layers. Les' approach adds even more damping--as we saw with the initial demonstration, each layer of CLD improved the sound in an almost linear manner without diminishing returns. 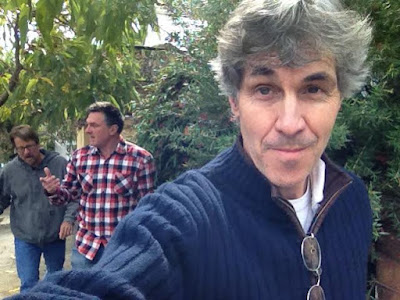 The differences, as I said, are not subtle. We did extensive A/B comparisons and everyone in the room heard a difference. Those differences, as I said, were almost identical to the improvements I heard in Denver a few days ago. CLD is not a gimmick--it's effective engineering applied to our hobby. So I told Les, "this is something people should know about." So I told Les that I thought he should start applying his sheets into a finished product, one that could implement the sheets into an attractive footer between attractive pieces of wood, or metal, or anything that would not dilute the impact of CLD.

After a few weeks, I started thinking about Les' sheets and how I want others to hear what this material can do for their systems. So I'm hoping to sneak a few little squares under our Opera and Unison Research system at CES in January. I'm also eager to try the CLD sheets in my own system at home. 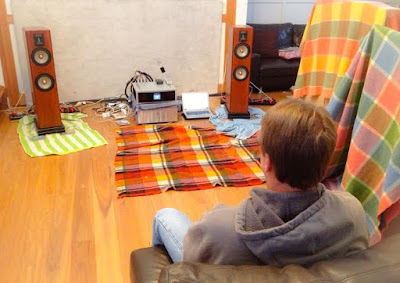 So this is one of those unexpected developments--an Australian encounter with something that I think could be great. Les is going to manufacture some CLD gaskets to fit around the drivers inside the cabinets of the BA1 and BA2 and we'll see how that affects the sound of a speaker I already feel is outstanding in every conceivable parameter. So if you come visit us at CES (room 29-110 at the Venetian), hopefully I'll have some of Les' fantastic CLD sheets on hand so you can listen for yourself.
Posted by . at 5:24 PM