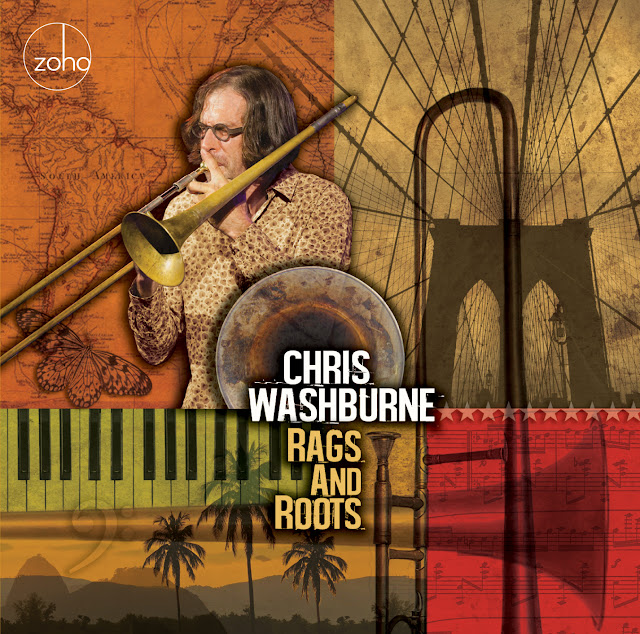 Enid: Yeah, yeah, just list your five main interests in order of importance.
Seymour: Uh... I'd have to put traditional jazz, blues and then ragtime at the top of the list...
Enid: Right, so, let's just say music. That way we only use up one.

How do you feel about ragtime? I know that I love it, mostly because The Sting was one of my favorite movies when I was growing up. (I'm sure a lot of people will say the same thing when asked that question.) Whenever I hear a Scott Joplin tune, I immediately connect to one of the visuals in the 1973 film: the rich and saturated Technicolor compositions, Newman and Redford together, being at a point in the film where everything is smart and quick. Lately, I also think about Ghost World, and how Seymour was such a stickler for the differences between ragtime, blues and other types of jazz. Ghost World makes me smile for a lot of reasons, and one of them is the subtle references to ragtime music.

Perhaps that's why I enjoy trombonist Chris Washburne's new album, Rags and Roots. This is not a ragtime album per se; it takes classic ragtime tunes such as "Maple Leaf Rag," "Solace" and "Picture of Her Face" and places them in a different context. Washburne leads his band through a re-imagining of the ragtime genre through various jazz filters such as Dixieland, modal, Brazilian, Cuban and more. In listening to these Joplin tracks, along with Washburne's original compositions and a few other classics from the era, what you discover is the sheer beauty of these melodies and how easily they adapt into various forms. 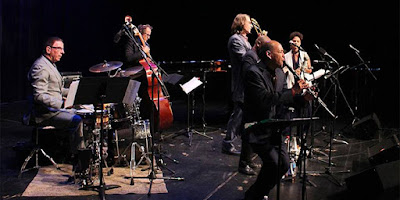 Take "Solace," which always reminds me of that late night when Johnny Hooker tells Loretta the waitress that "You know me. I'm the same as you. It's two in the morning and I don't know nobody." Washburne and his band turn it into a "Mexican serenade" with plenty of Latin touches that make it a lively celebration instead of a wee-hours-in-the-morning lament. You'll hear "Maple Leaf Rag" converted into a New Orleans march through the Quarter, and "The Peanut Vendor" launches into Cuban big band rhythms that preserve the melody while challenging your memory on how this music should be performed.

That's the "rag" part, anyway. There's also the "roots" part of the album, where Washburne provides the same revisionist treatment of such old and weathered musical forms such as tango, Irish folk tunes, rumba and so-called "Voodoo jazz" from the Caribbean. You even get a modern and excited version of "Bamboula," which was originally a "racy slave dance" song that dates back to the middle of the 19th century. Washburne closes the album with a somber, horn-driven version of "Strange Fruit" that serves as a "tribute to the many jazz luminaries whose lives and careers were impacted by racism." 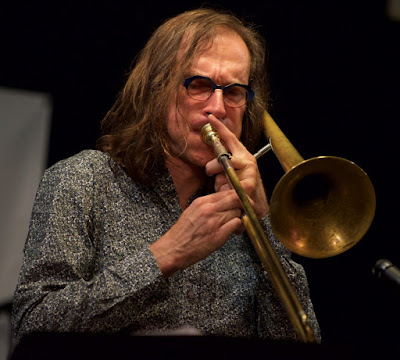 Washburne co-produced this album with Grammy-winning producer Kabir Sehgal, and the result is a no-holds-barred dynamo of an album, full of love and dedication. This is also a serious and careful undertaking, one done with great respect for the traditions of jazz. The sound quality is also extraordinary. This is the second of three CDs I've received from the Zoho label--the Greg Skaff album I reviewed yesterday was the first title--and all three sound big and thrilling and impressive. If you've ever smiled at the very thought of ragtime music and the memories it summons, this is a must-own.
Posted by . at 11:58 AM