Ed Maina's In the Company of Brothers on CD 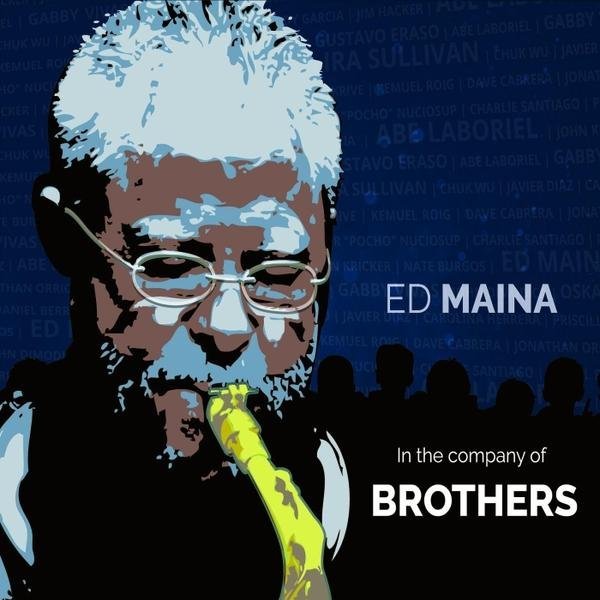 Ah, smooth jazz. There was a brief time in the late '80s where I liked the genre, but that was probably just before I dove headlong into be-bop and started insisting on some bite and some edge to my jazz. I'd go as far as to say that I don't really like it but it's hard to be that critical of something that is, on the surface, so inoffensive and somewhat cheery. It reminds me of the time when an acquaintance asked me what type of music I liked. When I mentioned jazz he replied, "Oh, me too. Kenny G. is great!"

When I stuck Ed Maina's new CD, In the Company of Brothers, into my CD transport I immediately thought one thing: "smooth jazz alert." Maina's band consists of guys who play instruments such as electric basses, electric guitars, wind synths, synth strings and synth kalimbas. There are three individual percussionists here. More than once you'll hear the gentle brush and sparkle of a wind chime. It's THAT kind of music. 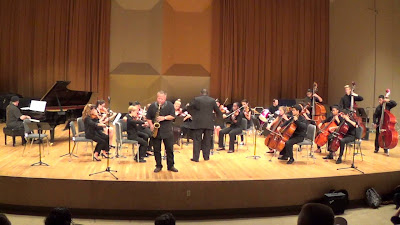 Nevertheless, I still enjoyed this album for a number of reasons. First, the sound quality is gorgeous--this is a full, lush band that explores dynamic contrasts in an enjoyable way. Maina, who has been a part of University of Miami's jazz department, plays soprano, alto, tenor and baritone saxes with emotion and skill--he also plays piccolo, flute, clarinet and keyboards as well. Despite my dismissive attitude toward the electric bass in modern jazz, Maina did manage to enlist the help of a master--Abe Laboriel. That's sort of the theme of this album--Maina states that he is fortunate to have played with so many great musicians over the years that he gathered as many of them as he could to play on this album. That, of course, results in a polished, professional mixture of standards and Maina originals.

Yes, a part of me wished for something wilder. These guys obviously have the chops. The way they blend Latin jazz influences into most of the songs is playful and intriguing. They're obviously not trying to push envelopes or express themselves through a series of improvisations. They are tight and controlled...and oh so smooth.
Posted by . at 12:24 PM