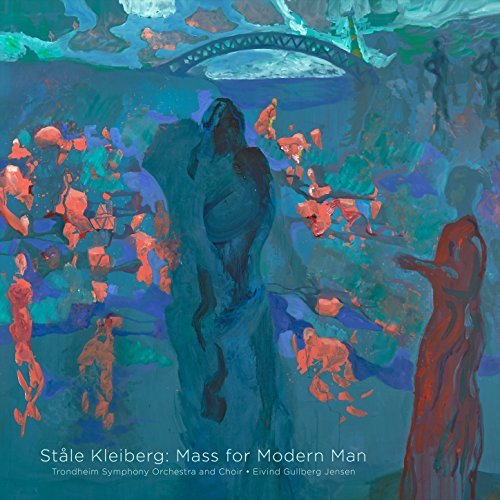 "Ståle Kleiberg's Mass for Modern Man is about the loss of existential meaning as an antithesis to faith and belief. The work commutes between these two extremes, and raises the following underlying question: Is belief possible for modern man? In this work, the answer is 'yes'; not a resounding 'yes', but a 'yes' in spite of all."

This is such a fascinating concept to me personally. Every time I review a piece of sacred music--and 99% of the time it's been something from 2L Recordings--I have to mention something about my own religious beliefs, or lack thereof, and my attraction to music that is strongly spiritual "in spite of it all." Masses and requiems and hymns have such a delicate beauty to them because of the density of feeling and how the very idea of worship of a higher being conjures up such a complex set of emotions. They never fail to move me on some level.

Upon casual listening of Kleiberg's Mass for Modern Man, however, I immediately sensed a difference from the usual themes of belief and faith. On the surface, this piece is structured like sacred music, but there are themes that border on the earthly and the exotic. This is a piece for two soloists (soprano Mari Eriksmoen and baritone Johannes Weisser), and backed by the magnificent Trondheim Symphony Orchestra and Choir, and it is uncommonly lush with its imagery--uncommon for sacred music but not for the talented folks involved. 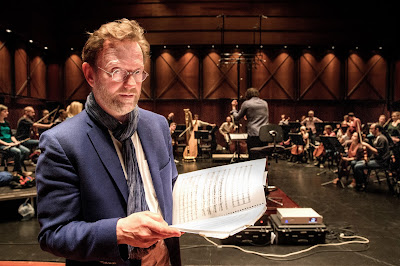 Kleiberg, whose music has been featured prominently on 2L Recordings prior to this, was commissioned to write this piece for Munchner Dommusik, and his inspiration was drawn from the fact that he knew it had to relate to "our modern condition" and not some divine piece of folklore from centuries ago. He enlisted the help of British writer Jessica Gordon to write the text, which has been supplied in the liner notes. This is where you can explore the daunting yet poetic aspects of the mass.

"I am forgotten, like a dead man out of mind; I have come to be like something lost." These are the first lines, uttered by a refugee who has lost his homeland, and while they superficially resemble so many traditional hymns ("I once was lost, but now I'm found"), there is a deeper lament that seems to originate from centuries and centuries of propagation and diaspora and even technology, the oft-covered loss of individuality. "No eye looks kindly on me, no friendly hand, no greeting called out in the morning air." 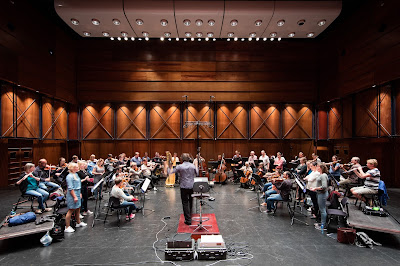 Fortunately, there's sort of a happy ending for modern man, something more tangible than "good news!" Kleiberg could have ended Mass for the Modern Man with the line "This is the valley as dark as death. I will sleep now." But his goal, as mentioned above, was to find solace in belief in spite of loneliness and despair. Kleiberg therefore ends his modern mass with a Gloria, albeit one that is not quite traditional. It is hesitant, as it should be. It's conditional and realistic.

It goes without saying that this recording sounds utterly beautiful in every aspect. Despite the heavy subject matter, it can be enjoyed on a purely aesthetic level, one that embraces beauty and majesty and a sweeping sense of wonder hidden under the sadness. I'll even go out on a limb and say that this is one of the most listenable recordings 2L has ever made--not because the others aren't imminently listenable, but because this one is so moving. The usual intellectual challenge is there, of course, but you can also choose to forego the epic ideas in favor of an exceptionally beautiful mass.
Posted by . at 1:35 PM