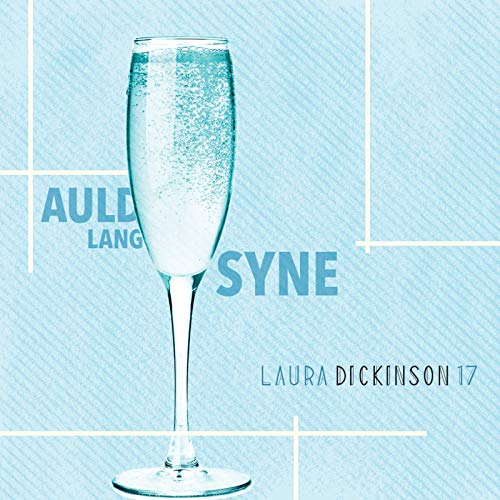 With a name like Auld Lang Syne, I assumed that this going to be an album for the afterparty and not the main event. But Laura Dickinson's holiday album is firm in its commitment to Christmas and this album's focus is on the more modern holiday repertoire performed in a big-budget extravaganza style. Dickinson is a music producer, singer, multi-instrumentalist and a vocal contractor--a term I'm not familiar with--so this project makes her seem like the Alan Parsons of big band jazz. Unlike Parsons, however, Dickinson's voice is front and center through these 11 songs, each one arranged by a different music industry professional.

The idea behind Auld Lang Syne, therefore, is complex. Dickinson's voice is a bit of a commodity in the entertainment world since her talents have been heard in films, TV shows and even video games. Her singing voice is unique, a light, sweet and ethereal entity that projects a lot of warmth. It's a bit delicate, something that comes through when she tries to really belt out a note and her appealing vulnerability seeps through. She can hit those impossibly high notes when necessarily, which at first sounds strange because so many of her jazz contemporaries are adamant about adding a little more heft and texture, a bit more growl. She, in contrast, is floating on the breeze.

As you move through these tracks, however, something might occur to you--what started off as a big band jazz Christmas album turns into something else, an omnibus of different approaches to holiday music. The title track, which concludes the album, borrows from Scottish folk music, as it probably should, and many of the other tracks are more aligned with musical theater than big band jazz. It's that first track, a medley of "Happy Holiday and "The Holiday Season," that tricks you with its nods to the Andrew Sisters and those rollicking TV Christmas specials from big stars that were so common just a few decades ago.

Auld Lang Syne is set on making a big impact, so this is another exciting holiday recording that will rev up the energy level at your family get-together. It is polished, slick and produced to the hilt, which may or may not complement your holiday theme, but it will make a big impression on your guests.
Posted by . at 9:39 AM