Beverley Church Hogan's Can't Get Out of This Mood 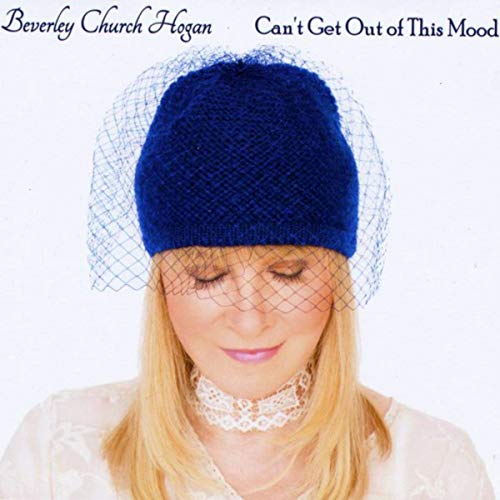 I keep looking back and forth between the photos in the press kit and the bio, and I still think there's been some sort of mistake. "But now, after a nearly 60-year-detour, she's finally releasing her debut CD...despite her age--she recorded the CD when she was 83..."

I don't want to get hung up on appearances here, especially when I'm talking about music, but Beverley Church Hogan does not look 83 years old. I even checked on Google Images, hoping for a photo that wasn't taken by a professional who specializes in glamour shots and, well, let's just say Ms. Hogan possesses extraordinary genes. I shouldn't care about any of this, but here's why it's pertinent--her voice is equally well-preserved. Once singers reach a certain age, you can usually hear it in their voices. The gift is still there, but you can hear the years and it adds something unusual, something valuable to the delivery. Beverley Church Hogan still sounds like she's at her peak, and it was a good idea for her to come back to the studio after that 60-year absence.

I think I've heard this story before, about a jazz musician who started off with a promising career only to have "life get in the way." I totally get that--I was once an aspiring novelist who had to put everything on the back burner so I could support a family. Hogan grew up in Montreal, back in the days when listening to the Great American Songbook on the radio was the best way to pass by those long winters. At the age of 21 she headed to Los Angeles and was immediately offered a contract with Capitol Records. That involved considerable touring, and she was already married with a new baby. You probably already have a good idea about the rest of her story, so let's just cut to the part where she started singing in clubs once again after the kids were all grown, and she started packin' them in. 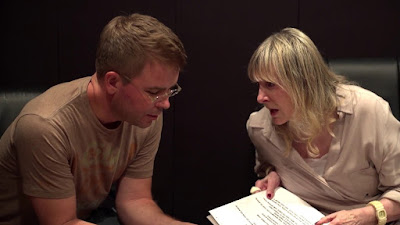 Can't Get Out of This Mood is the result of Hogan's collaboration with pianist, arranger and producer John Proulx. The two of them have been performing together for the last ten years, and he's been able to witness her graceful return to the stage. The two of them enlisted a talented ensemble that includes horn player Ron Stout, guitarist Graham Dechter, flute and sax player Doug Webb, bassist Lyman Medeiros and drummer Clayton Cameron. Most of these covers, everything from Sondheim's "Losing My Mind" to Sammy Kahn's "Time After Time," are played softly, slowly and with great care so that the silky sound of Hogan's voice can come through. It's amazing to just sit and listen to it, knowing that those years of life are still in evidence but coated with just enough honey to make you wonder if this is all really true.

"It is said that patience is a virtue," the liner notes begin, "and vocalist Beverley Church Hogan must have an abundant supply." There's almost a sadness about that, the realization that she could have been producing wonderful albums over the last few decades. That sadness disappears once you hear Hogan talk about performing into her nineties. (By the way, she's now 84.) Perhaps, as they say, the best is yet to come--and that will be truly a gift.
Posted by . at 10:03 AM