Nicky Barbato Project's Every Day Is a Bad Hair Day 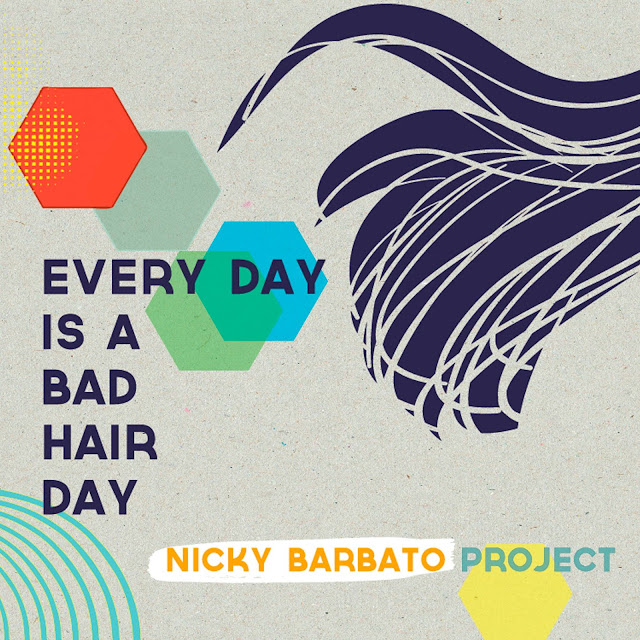 I can tell guitarist Nicky Barbato put this album out just for the looks on people's faces, that look that says "which kind of music is this?" Nicky's vision cuts through surf rock, jazz, '70s prog rock, funk and rockabilly--and that's just in the first song and a half. I stand by the theory that the best kind of music is the music you get from borrowing diverse ideas from others, and then throwing it back as something that's purely your own. I'm not saying this new CD, Every Day Is a Bad Hair Day, is something you've never heard before, but it's going to an easier ride for you if you're already predisposed toward Zappa, Captain Beefheart or any rock band that colors outside of the lines and onto the table and maybe a little bit on the walls.

This album takes a couple of steps further into pure goodness, however, by Barbato's incredibly dry song intros, delivered with that same ironic flatness that makes me think again of Jonathan Richman--for the second time in the last couple of weeks. A typical one of these intros goes like this: "This next one is about dating an au pair. It's called 'Au Pair.'" Secondly, the mix between Barbato's original, evocative and often hilarious arrangements are juxtaposed against some intriguing cover choices..."Dancing Queen" and "Norwegian Wood." Barbato and his core band--drummer Tony Mason, sax player Jon Irabagon and bassist Chris Anderson--perform a balancing act between these two modes, especially when the originals are often odes to the everyday such as "Space Heater" and "50 Dollar Chevy." 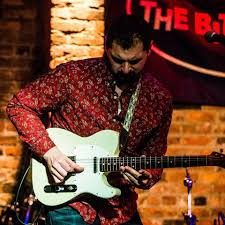 This is the formula for Barbato's well-known live shows, which are known for their energy and unpredictability. That's the focus of this album, Barbato's debut. Producer Irabagon and Barbato made the decision to grow the ensemble out with some string arrangements, a choir and various keyboards. That could be a risky move, and hijack some of the intimacy a smaller ensemble would have delivered. Instead, we get a mood that is closer to a big live show from a big live band, perhaps even at the holidays. This extended musical support is much of the glue that hold these songs together as a whole, a necessary thing since the shifting of gears between the songs--and within the songs--can be dizzying.

Nicky Barbato Project has one major strength, besides Barbato's ability to really shred on guitar, and that's sounding like four talented musicians who decide to meet on the weekends and play whatever they want. I've mentioned the shifts in tone, and there are times during this album where you simply lose your place. You forget how the song began. You have no idea where the song is going. And right now, in the present, you have no idea where you're at within the song. That's an exciting place to be if you're up to it, and I am.
Posted by . at 12:33 PM