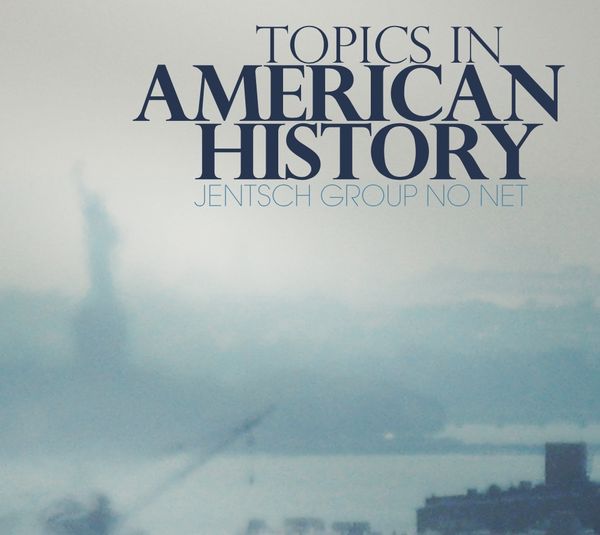 First of all, I have to give guitarist and composer Chris Jentsch some credit for an ingenious album cover design. You don't notice it at first because it's so, well, generic, and it took me a while to get it. Look carefully and you'll eventually notice the significance of the title, Topics in American History, and how the bland, out of focus image is straight off any number of textbooks. I didn't really notice the CD for quite some time--it just doesn't jump out at you like so many other album covers do. It's a wallflower of a design, and it's deceptive since the music inside is so smart, so unusual and so distinctly American.

The subtle joke is that Jentsch earned a degree in history from Gettysburg College, but the seriousness beyond that joke is that Jentsch has written seven distinctive jazz compositions based on historical events. That's why these complex and detailed compositions are christened with names such as "1491," "Manifest Destiny" and "Lincoln-Douglas Debates." He's named his ensemble the Jentsch Group No Net, which is also sly because it's a nonet--not including him. Everything about this album possesses that same sly humor, that cerebral playfulness where everything is more rewarding when you take a much closer look the second time. Like with that cover. 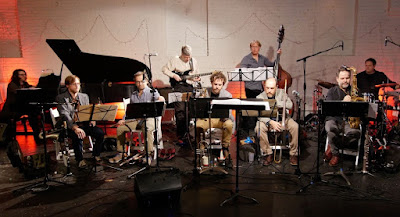 This recording was captured live at the Shapeshifter Lab and IBeam in Brooklyn, which was the premiere for this work. It's rich and heady in sound, skirting just on the intimate side of big band jazz, with plenty of solo flavors added from flutes, clarinets and horns. Jentsch's electric guitar isn't shy about its rough edges, and there are times when he's playing more rock than jazz. He has that same economy with notes and love for sustain that reminds me of David Gilmour, and the wails from his guitar often split the ideas of the piece into two symbiotic halves. Often he'll let someone else drag the machine back into the jazz lane, perhaps a nice sax solo from Jason Rigby or a fluid run on the piano by Jacob Sacks, but Jentsch will grab the wheel in jerk it back toward the fast lane whenever he has a point to make.

It's those points that make Topics such a rich work. By delving into the liner notes, you'll notice the historical context of each piece. "Tempest-Tost" is a play on the inscription at the base of the Statue of Liberty, for instance, a poetic reference to those huddled masses crossing the Atlantic. "Dominos" examines the strategies behind the Cold War, the "existential dread" as Jentsch describes it. One of the most intriguing subjects--or should we call it a chapter--is "Suburban Diaspora," which explores the idea that the growth of suburbia as a result of the Baby Boom created new "shared heritages." That sounds like a subject I'd love to study in more depth, and that's the most fascinating part of this excellent album, that it can teach you so much about history without uttering a single word.
Posted by . at 12:27 PM