I spent Sunday in Lockhart, Texas, home of the world's best barbecue. While four legendary BBQ pits vie for my attention 16 miles to the east of where I live, I tend to go mostly to Black's because it is the oldest--and the best IMO. Unlike most of my trips to Lockhart, I actually got out of my car and walked around the downtown area for a while. I wandered into the Main Street Gallery Antique Store, just a couple of blocks away. Now, I'm not the kind of guy who goes "antiquing" on the weekends, but I went in anyway and found some amazing items. Most notable were the three Edison phonograms which all seemed to be in pretty great shape. The owner of Main Street Gallery, Johnnie R. Lay, was asking between $400 and $600 for each one. 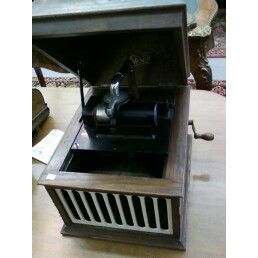 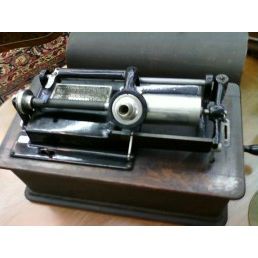 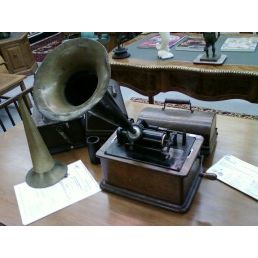 Here's a closeup of the badge on one of these amazing machines: 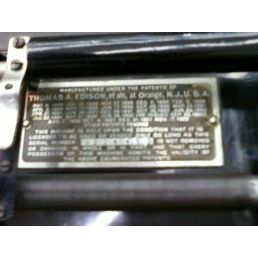 The store also had a beautiful Chickering grand piano in it that was built in 1870. Chickering & Sons was a small Boston-based company that made pianos from 1840 to 1910. Despite this long history, they made relatively few pianos so each one is fairly rare. I plunked down a few notes and it was perfectly in tune and sounded rich and full. 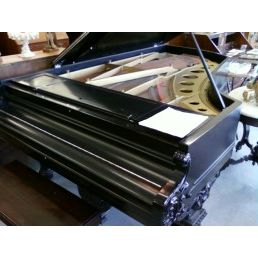 I found so many amazing ancient things...everything from old 19th century horse coaches that were in perfect working condition to Confederate cash! 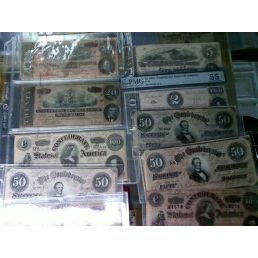 Finally, I found some record albums in the back and found five old classical LPs that were in almost mint condition! I wound up paying about $3 a piece for them--a little high for an antique store, but they were in such good shape that I paid the $15. 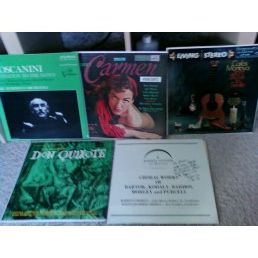 The Main Street Gallery is located at 118 Main St., Lockhart. Their website is http://www.mainstreetgallery-lockhart.com/.