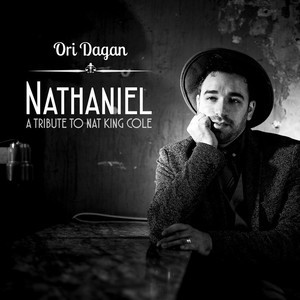 Ori Dagan is a jazz singer who's not afraid to don familiar jazz affectations in the whimsical, wry and ready-to-scat style of Dave Lambert and Eddie Jefferson. He seems to check all of the boxes without trying, his distinctive baritone low-key until he needs a vocal exclamation for his phrasing, and his voice raises until he starts to sound like a voice actor working on the latest Pixar flick. (If you need an over-the-top example of this style, refer to Eric Idle's version of "The Penis Song" in Monty Python's The Meaning of Life.) Plus, he's paying tribute to Nat King Cole on his new album, one of my absolute favorites. He's knocking it out of the park, right?

I'm not sure. The first time I listened to Nathaniel, I was torn. The opener, Wally Gold's "Lilette," is a little gem of a song, so perfectly suited to Dagan's unique style. This was so promising and distinctive and refreshing that I settled in for what I thought was going to be a small masterpiece. After a few songs, however, Dagan's voice became a romance gone sour--completely annoying, in other words. The endless affectations were like cake frosting--a perfect confection that becomes cloying once you decide to pop the lid and eat the entire container. 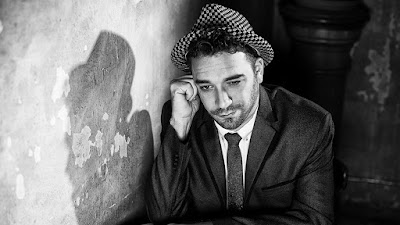 After a few weeks I came back to Dagan and discovered that I was, once again, too hard on this male jazz vocalist. I'm going out on a limb by saying your appreciation of his voice may depend upon your mood. That mood, of course, should be a fun and playful one. I'm sitting here now, listening to this album, and I'm totally enjoying it. First of all, the musicians behind Dagan (pianist Mark Kieswetter, guitarist Nathan Hiltz, bassist Ross MacIntyre, sax and flute player Jane Bunnett and drummer Mark Kelso, among others) are absolutely fantastic and a recorded with a great deal of care. This is a gorgeous, pristine recording that sounds live and real and immediate.

If you love the quick caprice of Parisian style jazz, you'll totally get this album. You'll dance in your kitchen while listening to it, and you'll use a wooden spoon for a microphone. You'll sing just like Ori Dagan. You'll copy all of his signature moves. But if it's a grey day and you want to feel sorry for yourself, it's only a matter of time before you hit the pause and eject button. Choose your mood wisely.
Posted by . at 11:26 AM