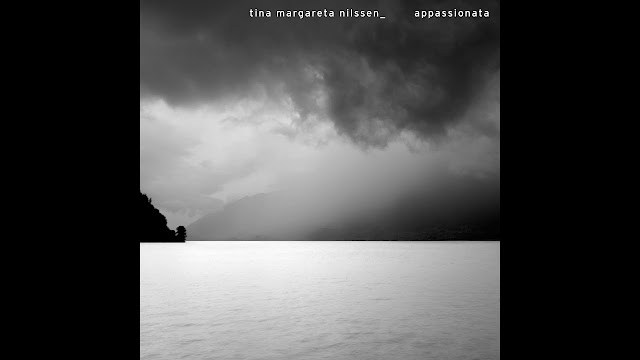 There are usually three distinct facets of any 2L Recording, three separate angles to discuss--the theme of the music, the performance and the sound quality. 2L's Morten Lindberg loves to include specific themes in his recordings, challenging and sometimes obscure facts that bind the program selection into a nice whole, such as having all the music relate to man's relationship with nature or that all of the compositions were inspired by a specific composer. The performances are usually spectacular, with 2L spotlighting Norwegian musicians who are extremely talented and somewhat daring in their approach. The sound quality is almost a given--using technology, unique recording approaches and carefully chosen venues--usually old churches--Lindberg's releases are glorious in their realism.

Tina Margareta Nilssen's new solo piano release, Appassionata, blurs those three subjects into an astounding whole...more so than usual. I've often discussed the concept of "listening with a clipboard," checking off boxes as you listen to a particular recording or audio component. Hmmm...nice soundstaging depth, tight bass, a little coloration in the upper midrange, all that stuff. You're checking off boxes instead of enjoying the music. The real magic happens when you fling that clipboard into the nearest wastebasket and allow yourself to be transported into an altered state of consciousness.

I do this every time I listen to Appassionata, which is unusual since I usually admire solo piano works more than I adore them. I can't decide which of those three distinct facets is responsible for this musical hypnosis. 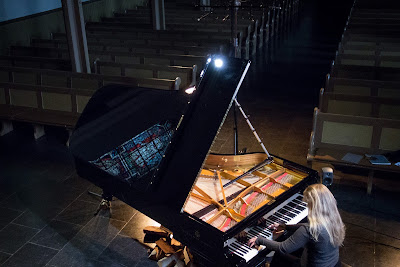 In this case, the theme is simple. Nilssen has chosen three pieces that are passionate and full of intensity. As she explains in the liner notes, "I have chosen music that goes high and deep." She begins and ends with two fairly well-known works--Edvard Grieg's Sonata No. 1 in E minor, Op. 7 and Beethoven's Sonata No. 23 in F minor, which bracket a fairly unknown piece from female composer Signe Lund titled Cinq Morceaux, Op. 37. Lund's piece is more playful and bright compared to the storminess of the other two works, although the three pieces have an obviously flow to them that makes it a little difficult to pinpoint the program change--not because there isn't the prerequisite space, but because the resulting hypnosis is so potent. So while the "theme" is broadly defined, the music is fluid and unified and takes you on a long, uninterrupted journey that makes perfect sense.

Nilssen's performance must not be underestimated as it pertains to the whole. It is her exquisite and perfectly measured playing that produces such a sense of detached time and space. Her playing is effortless, masterful and lush. It's easy to get lost in the notes and forget all about the troubles in the world. Nothing matters when this level of beauty is so easily attained by a mere push of the start button on your digital transport. You won't discard your clipboard--you'll smash it to pieces and forget it ever existed.

Finally, there's the sound quality. What can I say that I haven't said before about the uniform excellence of 2L recordings? I will say this--I feel as if I'm sitting further back in the church than usual. That, of course, is not a bad thing because it allows the notes of the piano to leap out into the room and explore the ceiling beans of the now-familiar Sofienberg Church in Oslo with uncommon attention. I like this more distant perspective since it might be the reason why so much musical detail flows from my hi-fi system, embracing and mesmerizing me.

I think it should be obvious by now how I feel about Appassionata, and that is an essential piano recording. If you have yet to splurge on a 2L Recording, end the drought and start here.
Posted by . at 11:20 AM