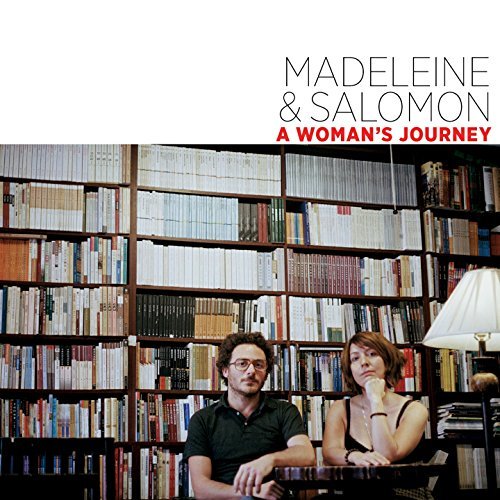 Timely and intimate, this new release from vocalist Clotilde and keyboard player Alexandre Saada is quite different from anything I've heard recently. A tribute to female protest songstresses, this album brought the duo, long-time friends, to deliver something they call the "feminist Great American Songbook" which includes their take on songs such as Janis Ian's "At Seventeen," Nina Simone's "Four Women" and Cole Porter's "Vous Faites Partie de Moi," which was made famous by Josephine Baker. The approach to each song is nothing less than revolutionary, with sparse arrangements fostering an almost avant-garde feel.

A Woman's Journey, as the duo describes, is merely Madeleine (Clotilde) singing with Salomon (Saada) playing the piano. But it's so much more than that with layered voices and flutes and electric pianos and clavinets and toy pianos placed out in the open, stark and revealing. Clotilde's voice is deep and sonorous and can even sound like a man's on occasion, which challenges the listener to think about the subject matter in a new way. 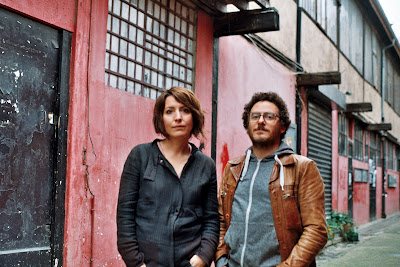 Is it jazz? That's a question I've been asking myself lately with the multitude of curious and experimental recordings I've been contemplating of late, and the simple answer has something to do with the old canard of finding an adequate definition of what jazz really is. Recent recordings from Other Animal, Dave Soldier and others make it clear that there is still plenty of geography available in the world of jazz; when you start with a structure based in older traditions, there's nowhere you can't travel.

The sound quality here is exquisite--the bare arrangements, as I've explained, allow you to connect to these two in a very intimate way. The ideas here are not obscured with technique or dense recording sensibilities. Clotilde's voice is unusually naked throughout--she's sitting in the room with you, telling stories just for you and no one else. I knew from the first moments that this album is something special and memorable. Highly recommended.
Posted by . at 2:56 PM