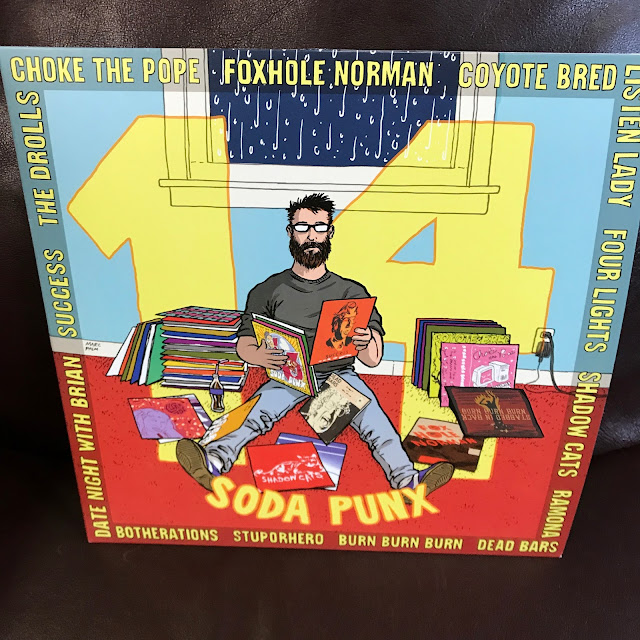 And now for something completely different...punk rock! On colored vinyl! This is a genuine blast from a very specific past, my own, back in the early '80s when I finally decided that I was through with so-called dinosaur rock and started listening to KROQ in LA and discovered a whole big bright beautiful world of something that definitely wasn't boring. I was a middle brother--my older brother left school in 1974 because he refused to cut his shoulder-length hair, and my younger brother dropped out in '81 or so because he found his new calling as a hardcore punk and didn't fit in. I was in the middle, the safe years, and I made it to the end while having the luxury of enjoying the best of both eras.

14 Soda Punx is a good old-fashioned compilation album, 14 songs by 14 Seattle bands (you can see all the names on the album cover), all of them still firmly standing in the world of punk. Sound quality is what we used to call "punk minimalism"--low budget, lacking in dynamics, but that's part of the charm and sort of the point. It's DIY, and proud of it. The surprising part, however, is the fun quotient. What used to be viewed as subversive--I remember one high school teacher telling the class that the so-called New Wave, exemplified by Devo's first album, was "the fall of Western Civilization"--is now cheery and joyous and utterly charming. 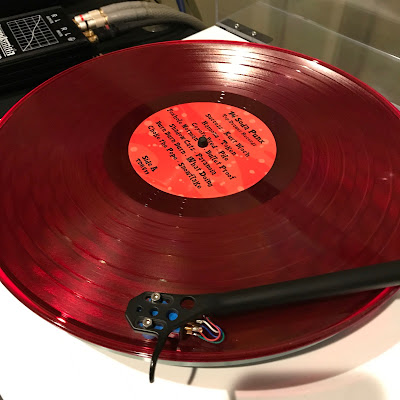 This isn't what we used to call punk lite--Green Day, Rancid and other traditionalists providing clean and gussied-up versions of what the pioneers used to foist upon unsuspecting masses. It's rough and fast and based on a handful of chords that anyone can find with two or three fingers. It's gloriously free of hybridizations with other genres of rock. It's the real stuff, in other words, and I can't be more happy about it.

This album was sent to me courtesy of Ean Hernandez of Date Night with Brian, whose CD I reviewed back in April 2017. "Seattle has a great pop/punk scene going back to the late 1970's, and this is just a slice of that scene in 2017. There is a lot of talent walking these rainy streets. Date Night also has a track on the comp, about weather again, I'm afraid." I'm glad he did--this music really puts me in contact with my past, growing up in LA, discovering something new that keeps me in love with music.