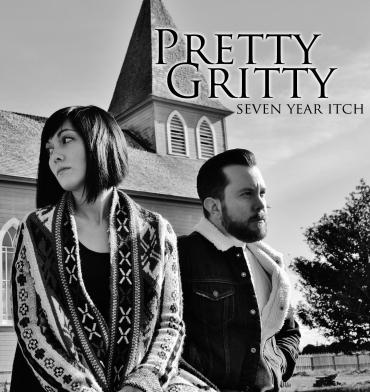 Sarah Wolff is serenely beautiful, and Blaine Heinonen is rough and tumble, which presumably explains the name of this alt-country duo from Portland. The same thing could be said for their music, which is comprised of their beautiful harmonies blended with a loose, minimalist approach to the Americana catalog. If you think that Pretty Gritty is that easy to figure out, however, you're in for a gentle surprise. Sure, this is engaging and straightforward music without a lot of layers of meaning gumming up the works. What you get, instead, is heartfelt and streamlined. Pretty Gritty is the type of music where you constantly tell yourself that you really love the singer's voices and that you could listen to them all day.

There was a time when I couldn't really stand any music that resembled country. Then a few things happened. I was exposed to several genres that are far more genuine than today's mainstream country music, which really isn't that different from Top 40 pop and rock in my opinion. The broadening of my horizon occurred in stages--first I was more amenable to the pioneers who kept it honest such as Willie Nelson, Johnny Cash and Patsy Cline, and then I heard that bolt-out-of-the-blue known as Lucinda Williams' Car Wheels on a Gravel Road. From there, everything became much clearer for this rock and roll kid from Southern California. By the late nineties I was searching out artists such as Townes Van Zandt and Gram Parsons, and buying old copies of Sweetheart of the Rodeo and Gilded Palace of Sin. I embraced No Depression wholeheartedly, and after a while I stopped noticing the narrow confines of genre definitions.

That, in a nutshell, is why I listen to modern performers such as The Secret Sisters and hardly bat an eye when it comes to categorizing the music. It's the same with these two, and how the beauty of their sound wins out. 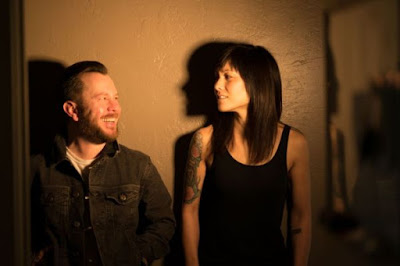 Seven Year Itch starts off with a quiet, thoughtful cover of Tim Hardin's "If I Were a Carpenter," which sets up Blaine and Sarah's specific chemistry. Both of them play acoustic guitars and percussion, while Blaine branches out with a ukelele and Sarah grabs the banjo. This sets up an equal partnership between the two of them throughout the other eleven songs, mostly originals, even when one of them takes the lead vocals and the other scoots the stool a few feet back. That lends an arresting consistency through the album--there is no filler, no misfires. These two have been singing together since 2010, and they honed their craft busking on the streets of Portland. There's no room for half-assing it when you're in that kind of environment. You have to engage the audience every second, and Seven Year Itch reflects that.

It seems as If I've been buried under a pile of jazz forever, so I can't tell you how refreshing this album is. I was raised on classic '70s rock, then punk and New Wave, and then so-called alternative or indie rock--with a secondary but supportive vein of classical music running through my life and helping me to keep everything in perspective. Jazz came later, after I got out of college. Americana, bluegrass, alt-country and other similar genres are like new friends to me. Pretty Gritty won't necessarily blow your mind by introducing you to new ideas and concepts and philosophies, but this duo will be the kind of friends who invite you over and show you such generosity and kindness that you don't want to ever leave.
Posted by . at 10:47 AM