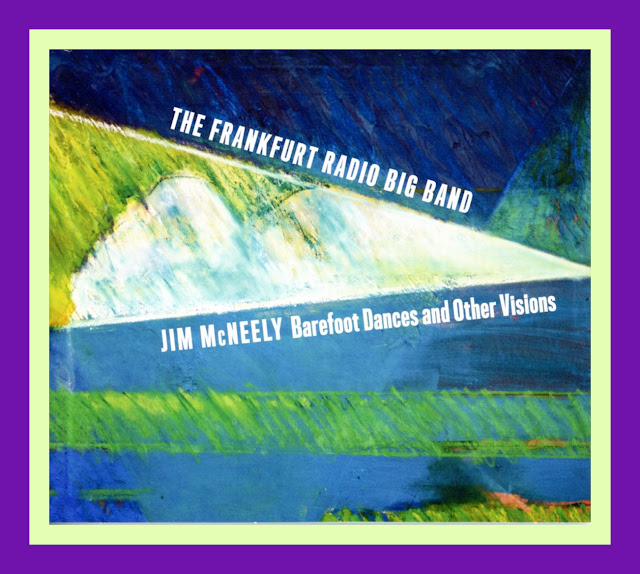 It's not news that I've been inundated with big band jazz recordings over the last few months. And yes, the UNT big band jazz project is long finished and will be appearing in Part-Time Audiophile shortly. Through all of these recordings, most of them fantastic and illuminating, I've questioned deep down that it might not be my specific cup of tea. But I've soldiered on, stepping outside of myself to give these huge ensembles the credit they deserve. I suppose my reservations revolve around the fun factor in this music--it's splashy and exciting and precise.

Is that my thing? I'm not sure. I like my jazz to be on the moody, forlorn side of the spectrum. Most big band jazz performances are focused around the standards, delivering them with the prerequisite amounts of dazzle. If I could just find a big band sound that captured the more melancholy and reflective side of music, a sound that's new and distinctive and shies away from more than just a novel theme or approach. Ask and ye shall receive, in the form of this new release from the Frankfurt Radio Big Band--located, of course in Germany.

Envisioned by conductor and composer Jim McNeely, these seven songs depart from big band canon with liberal doses of the sad and the surreal. I'm not talking about abstract or "free" ideas that branch out on nervous tangents, but rather somber moods and places I haven't been. There are moments during this amazing recording, which was culled from two live performances back in 2014, where the big band moniker doesn't seem to apply. There's a dreaminess to McNeely's vision that skirts along the more substantial nooks and crannies of jazz as we know it. There's an almost magical way this band travels into darker territory, a land where brash dynamics surrender to a far more intimate feel. The emotions here are complex and full of doubt and regret. It's not downbeat as much as thoughtful, serene and perhaps a bit confrontational.

These pieces present seven "imaginary scenes" that start off as chamber-bound and develop into the appropriate size and scale of big band. That's why there such an unusual sense of the sacred and the fantastic. Fantasy is the key word here, with the tracks borne from "imaginary friends; winning the 'big game;" confronting monsters; visits from mysterious people we don't recognize." That essence informs the listener every step of the way, providing a new roadmap to a big band sound I didn't realize was possible. If you have predisposed ideas of what a big band jazz ensemble should be accomplishing, I challenge you to listen to this new album and bask in completely new visions of sound.
Posted by . at 1:20 PM