The Smoking Flowers' Let's Die Together 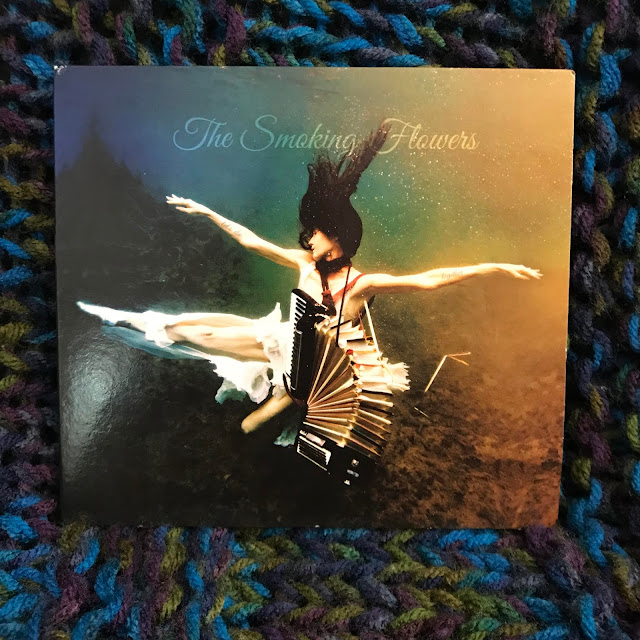 It's hard to believe it's been more than five years since I reviewed The Smoking Flowers' 2 Guns right here. I really liked that one, the way this married duo reminded me of an even more road-weary Gram Parsons and Emmylou Harris, a country pair absolutely able to pour on the heavy rock and roll in an utterly convincing way. One of the most interesting things about Scott and Kim Collins is that they're not kids. They've been singing together for twenty years, and there's that incredible feeling of having been through so much together, a feeling that saturates every note. As I mentioned in my review of 2 Guns, Kim had just recently won her battle against breast cancer, and that album was a celebration of that victory. That means a lot more to me now than it did five years ago--my significant other just won the same battle last year--and this album is even more impressive in the way it proudly declares that they're still here, and they're kicking more ass than ever before.

Compared to the 2013 album, Let's Die Together sounds much more accomplished. Instead of being just a talented singer-songwriter duo, they're now something more--true artists who have a confident sound and attitude that comes from years and years of putting everything into their music, flesh and blood and a river of tears that carries it all downstream. The album starts off with a couple of face-peeling rockers, "Young & Brave" and "Rip It Off," full of anthemic riffs and angry, defiant lyrics. These are the songs you might hear at a club, one where you can get relatively close to the stage and know there's simply no way this is going to be a disappointing night. After that you get "Here 4 U Now," the kind of big and sweeping rock epic that Springsteen used to sing back when I gave a damn. (Stop groaning. You know what I mean.) Then an interesting thing happens, something fairly standard among talented musicians setting out to make an excellent album--they mix it up and slow it down. 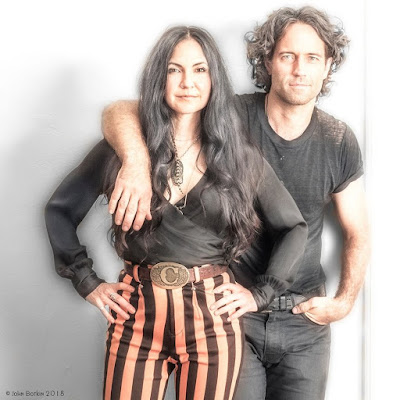 This is where the country side comes out, the Gram and Emmylou feel, the great songwriting about the uncommon experiences of a couple who has been on the road for decades and has come out the other side with an even stronger sense of dedication. This is also where Scott gets to show off his guitar chops, where style replaces volume. He feels comfortable in so many styles, bluesy when he needs to be and sweet and lyrical in the more acoustic moments. It's easy to get lost in Kim's big and bold voice, and it's also easy to love the way the two harmonize. But Scott's a hell of a guitarist, and it's time I said so.

That title. Let's Die Together. I love it. Despite the ominous image on the cover of a submerged woman and an accordion floating to the bottom of some body of water, it's obvious what it means. After everything they've been through, it's obvious that they'll survive as long as they're standing side by side. They've walked the walk. The quote above refers to people who take things literally and are easily offended by nonsense--in this case it reminds me of an old girlfriend who, in retrospect, was far too Jesus-y for me. I was trying to make her cooler than she was by introducing her to Wilco, a favorite at the time (and still is). She heard the lyrics "I dreamed about killing you again last night and it felt alright to me" from "Via Chicago" and was immediately convinced that she was listening to something evil and satanic. It started to explain the different layers of meaning and how Jeff Tweedy was actually being poetic and I realized that I was wasting my time. You have to know the whole story before you can hear a few words and then think you have it all figured out.