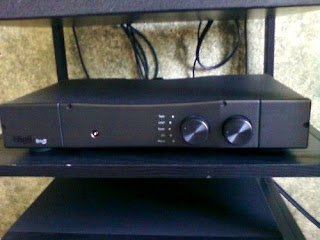 "I think that the Rega Brio is the single biggest bargain in all of audio."

That was Brian Di Frank, owner of Whetstone Audio in Austin, after I told him I'd been using the Rega Brio 3 in my system for much of the last year. Sure, Brian is a Rega dealer and sells a lot of Brios, but he's also one of those dealers who prefer to sell the models he loves as opposed to the models that have the largest margins. He's also one of those dealers who absolutely loves any piece of hi-fi that converts music lovers into audiophiles through the sheer force of value. I have to agree with Brian completely; I can't think of an integrated amp that matches the Brio's performance for anywhere near its modest asking price of $650.

I received the Brio 3 from Jeff Dorgay as a lovely parting gift after I left TONEAudio. When I started writing for TONE, I had the exquisite Yamamoto Sound Craft A-08 45 single-ended triode amp and matching CA-03 preamplifier w/phono stage. I also had to add a pair of Yamamoto Sound Craft step-up transformers so that the CA-03 would mate better with my Koetsu Rosewood cartridge. All in all, it was about $8000 worth of amplication that provided a whopping 2 watts per channel. I was using the Zu Audio Druids at the time, and they were a fantastic match with their 101 db sensitivity and 11 Ohm impedance. But the simple fact was that I wouldn't be able to review a wide variety of speakers as long as I had the Yamamotos. So I sold them (and immediately regretted it).

During my time at TONE, I used a wide variety of amplification--everything from McIntosh to Exposure to Simaudio to Nagra to conrad-johnson to Manley to BAT to LFD to Clayton Audio to an old Advent 300 receiver. But I never made the plunge and purchased anything. So when I left TONE in the summer of 2009, I was amp-less. Jeff came to the rescue with the Brio 3.

So I've been quietly using the Brio 3 in my system over the last year. While I have to admit that the sound quality is a clear step down from what I'd been used to over the last decade or so, I've concentrated on the strengths of the Brio and now love it for its simple, unassuming way of doing things.

For those of you aren't familiar with the Brio, it's the entry-level integrated amplifier from Rega that's been around in one incarnation or another since the '80s. I remember almost buying the original for $399 back in 1986 or so. This new version, which is about a year old now, offers the following improvements over its predecessors:

It still looks a lot like the old Brios, which is to say it shares the same aluminum casework as a wide variety of Rega products. Still, it's much more than a typical black box integrated, with its gently curvy top and solid overall build quality. While it doesn't stand out in my equipment rack, it certainly doesn't seem out of place with the more expensive gear, either.

The Brio also has five inputs, including a phono stage that has been optimized for use with Rega cartridges. (Like Naim, Rega components are designed to work best in all-Rega systems.) Since I'm using a low-output MC with my Rega P3-24 (a Zu Audio DL-103), I have to use my Lehmann Audio Black Cube SE as a phono stage. So I can't comment on the phono stage, but it's there if you want it. 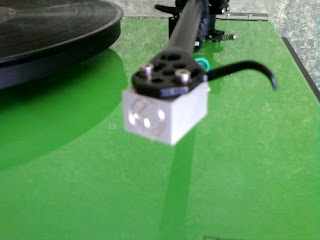 After all that, the Brio 3 is simple, straightforward and no-frills. I didn't even have to read the owner's manual to get everything up and running the first time.

At first, I focused on what the Brio 3 didn't do. It certainly doesn't do what the big boys do: offer a feeling of unlimited size and space, and offer the last bit of resolution and detail. If the Brio 3 could do this for $650, almost everyone would buy one. But the Brio is an almost textbook example of PRaT (pace, rhythm and timing), that touchstone of British amplification. The overall sound was punchy, forward, dynamic and compelling. It doesn't offer a lot of soundstage depth behind my Vienna Acoustics Bach Signatures or my Spendor S20s, but it does put a sizable amount of information in front of them. That's not to say it sounds aggressive (a characteristic I don't particularly like), but the Brio 3 and its 49 watts per channel sounds authoritative and gutsy.

If I were to nitpick on a single flaw, it was the sense that pieces of musical information were glossed over or even missing altogether. It's that old chestnut, sins of omission rather than commission, which is a good thing when it comes to making sonic sacrifices in budget gear. On some of my favorite recordings, I'm not hearing the things I'm used to hearing such as reflections off the walls of the recording venue, or the distinct sound of hammers hitting the piano strings or even the distinctive resonance that comes from inside of the chest of the typical male vocalist. Sometimes I miss these details a little too much.

But I'm a guy who has been listening to $100,000 systems for the better part of the last five years, so I'm spoiled. If this was 1985 or so and I was still a fledgling audiophile, I would be ecstatic at the level of performance I get out of the Brio 3. While I'm certainly planning to upgrade to something like a Naim NAIT XS or an LFD Integrated Zero Mk. III in the next few months, I think I'll keep the Rega around for a second office system. Knowing Rega's reputation for sound quality and reliability, I'm sure I'll get decades of pleasure out of this little amp.
Posted by . at 1:20 PM