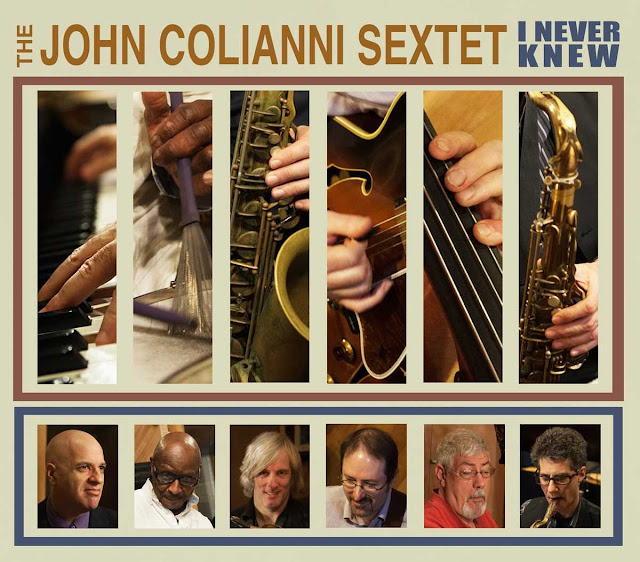 I've spent a lot of time with big bands and trios lately, and I feel like I've somewhat neglected the middle. I'm talking, of course, about everything from quintets and nonets, and any variation thereof. Big bands and intimate ensembles require separate attitudes and separate approaches--the former is about impact and precision, and the latter is about crawling inside the mind of each performer. I mention this for a particular reason--from the first few seconds of this sextet's new album, I Never Knew, I instantly thought I was listening to another big band. It's one of those cases where these six seasoned jazz musicians, led by pianist John Colianni, are able to weave in and out of each other's space so well that at times I feel like I'm listening to a dozen guys. Yet I can still follow each individual performer and know what's on his mind.

The dual tenor saxes, played John David Simon and Grant Stewart, are so in sync with each other that you'll feel like you're listening to an entire horn section. Drummer Bernard Linette backs this up with a big, shimmering style on his kit--he creates an enormous amount of space on stage. Guitarist Matt Cherkoff trades places at the front of the stage with Colianni--not that it's easy to move a piano back and forth, mind you--and he seems like an additional, unexpected layer in this bag of tricks. (I don't want to leave out Ralph Hamperian and his amazingly tactile bass, but he sounds like one solid performer and not an entire section.) 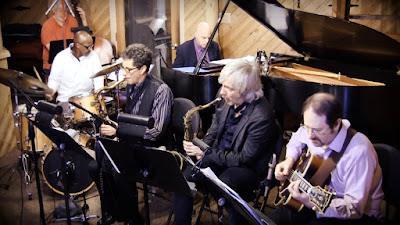 After you settle into this dynamic sound, you'll start thinking of the term "swing" as it applies to jazz. These are the kinds of jazz musicians who inhabit a rare space where every second is fulfilling on some level. They're loose and relaxed and you won't be able to keep your head from nodding with the beat--ah, I can give Hamperian a little extra love here, because he's mainly responsible. These guys swing in a way that will remind you of Vegas in the '60s, or maybe even Harlem a decade prior. I Never Knew is what I've referred to as sunglasses jazz, and by sunglasses I mean those that are worn in a dark and smoky jazz club way after midnight. There's an inherent coolness to these eight tracks, a mixture of originals from Colianni and Simon and great swinging classics from Illinois Jacquet, Duke Ellington and Thelonious Monk. (Talk about swing!) You even get a superbly transformed version of Fur Elise--you might not even recognize it at first.

A lot is made out of the fact that Colianni, on his fourth album, has switched to the two-tenor sax format in this new ensemble. His other albums featured a two-guitar quintet. But Colianni clearly knows his history by using the sound that was made famous by people such as Gene Ammons and Sonny Stitt. Plus, he also plays with a much larger ensemble known as the John Colianni Jazz Orchestra, which branched out from his days playing with Mel Torme and Les Paul. (Perhaps that's why he has such an affinity for guitars.) It's not the size that matters, in other words, especially when you have Colianni's light yet propulsive piano leading the way. It sounds like this guy can play anything he wants and make it sound big and exciting.
Posted by . at 11:14 AM