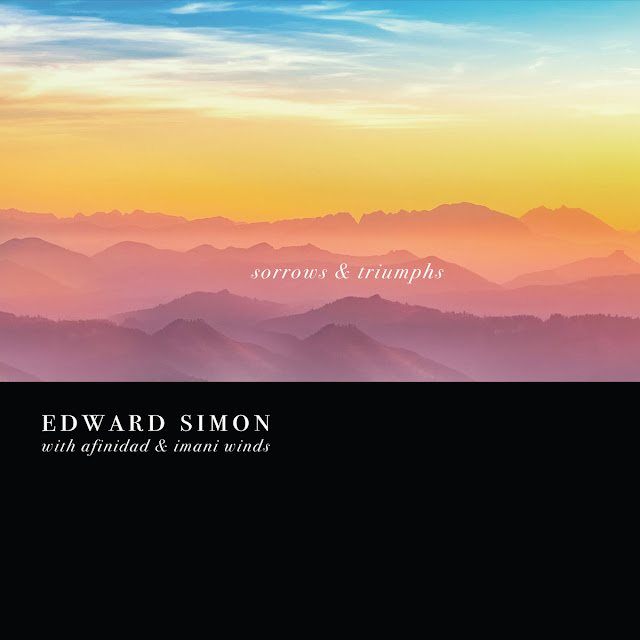 While reviewing Juan Andres Ospina's Tramontana last week, I fixated a bit on geography. Ospina is a Colombian writing music about Spain, yet I kept hearing Brazilian jazz influences in his arrangements. I finally settled on a vague South American definition of his music based mostly on the breezy vocals and the dense instrumentation. With Edward Simon's new Sorrows and Triumphs I get those same feelings from these complex and multi-layered arrangements, that same breeziness where you feel as if you're standing on a shore in some exotic country halfway around the world, and you're using all of your senses to define all the differences from the way things are at home.

Edward Simon is a jazz pianist, bandleader and composer/arranger who played in the US for decades. He's a native Venezuelan who currently lives in the Bay Area, and perhaps that's why his music takes on that nebulous South American quality of sounding big like a flowing river that's impervious to the activity along the banks. That same sense of scale can be applied to the music itself--Sorrows and Triumphs consists of two suites that were commissioned by the Chamber Music of America's New Jazz Works program. These two pieces--a title track and "House of Numbers"--were meant to be absorbed as a whole. These pieces have three and four movements, respectively, so they have the same structure more common in classical music--something that registers in the back of your mind while listening. 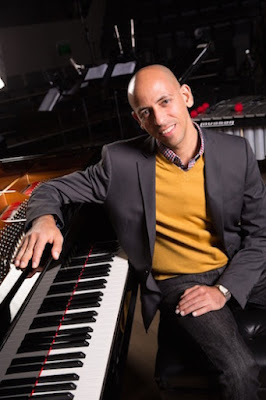 If this sounds like an ambitious work, it is. Simon creates a core jazz ensemble with his piano, David Binney's alto sax, Scott Colley's bass and Brian Blade's drum kit, and then he surrounds himself with guitars and additional percussion and Gretchen Parlato's soft and warm vocals. These physical boundaries are once again expanded through the use of the Imani Winds, an additional ensemble that employs flutes, oboes, bassoons, clarinets and a French horn. The final ingredient is what transports the music from jazz into a more universal sound, something that is ultimately more hypnotic than you would expect.

What's so surprising in this music is the constant improvisation, done in a way where the soloist never detaches completely from the whole. There are times when more than one improvisation is being performed simultaneously, which sounds disorganized but comes off as more congealed layers of sound that make perfect sense. It's vibrant feel, seldom agitated, smooth and effortless when viewed from a reasonable distance. Simon has created a music that is joyous without being frantic--it possesses a smooth and content manner, very at peace with itself despite its ominous title.