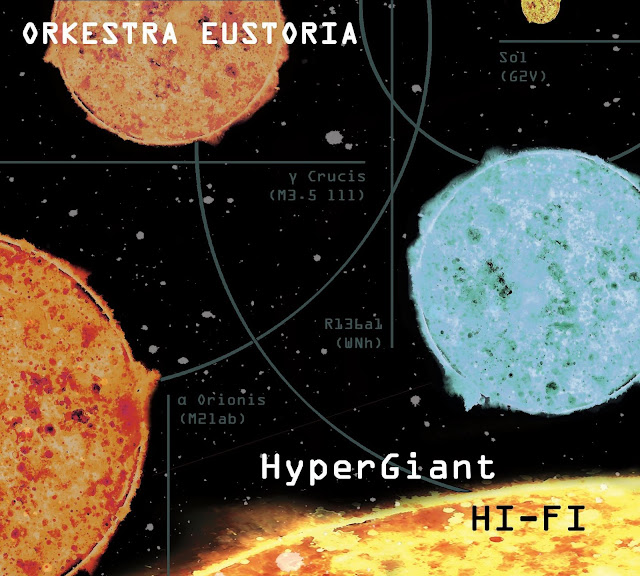 Orkestra Eustoria sounds like an exotic jazz ensemble based in a far away land--there's something about the "eu" and the "k" that reminds me of the Basque Country--but this space-age modern fusion ensemble is based in Astoria, Queens. Saxophonist Peter Sparacino, the leader of the Orkestra, has adopted this esoteric moniker in honor of Astoria, which is home to a very diverse population. That theme carries over into the music, of course, with its melding of styles and influences from all over the planet. Sparacino grabbed a few of his friends, musicians who represented "some of the most innovative and internationally recognized tour musicians working today," and started rehearsing with them extensively so that he could "solve his own musical shortcomings."

That's an odd thing for a band leader to admit, but it's not a reflection of his own sax playing, which is superb. It does refer to Sparacino's interest in odd time signatures, however, and his attraction to organic compositions with difficult time signatures such as 11/8 and 5/4. He took a lesson from legendary NYC pianist Fred Hersch and wrote compositions in 45 minutes or less, which is Hersch's "antidote" to excess in his own compositions. That's not to say that Orkestra Eustoria sounds like Hersch and his angular yet effortless style. But this method does create a loose style of music that is busy and spontaneous without losing its accessibility. 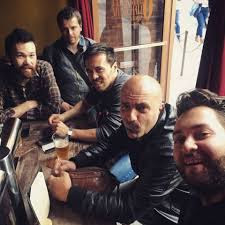 On this debut album, HyperGiant Hi-Fi, the Blue Plate Special is a dense fusion with liberal doses of pure funk, wild and brash and yet contained in a loose wrapper. Sparacino's sax is front and center most of the way, but the overall theme is one of a strange cohesion among the band members. It's weird to state that these musicians are simultaneously loose and yet contained, but there is a complicated structure that lurks just beneath the surface, a scaffold that affords each member to explore and wander while paying attention to those challenging time signatures. It sounds like a tough listen, akin to free jazz, but it's not. This is the kind of jazz that Weather Report used to accomplish more than thirty years ago, swinging, wild stuff that does have a firm foundation in jazz traditions--even when producer David Binney adds a steady diet of synthesizer throughout these 11 originals.

The other band members are based in New York as well but bring all those worldly influences into focus--bassist Panagiotis Andreou and drummer Engin Gunaydin are members of the Gypsy All-Stars, guitarist Aki Ishiguro can play in a variety of styles and isn't afraid to shred on occasion, and keyboardist Isamu MacGregor isn't so much a world traveler as a time traveler, delving into classic modes that come straight out of the '70s. This is the kind of album that attracted so many jazz fans to fusion all those decades ago, a bridge from intelligent rock towards mainstream forms of jazz. HyperGiant Hi-Fi jams and rocks all the way through, and you can enjoy the exciting tension on the surface even if you're not quite able to crawl into the catacombs and discover its hidden treasures.