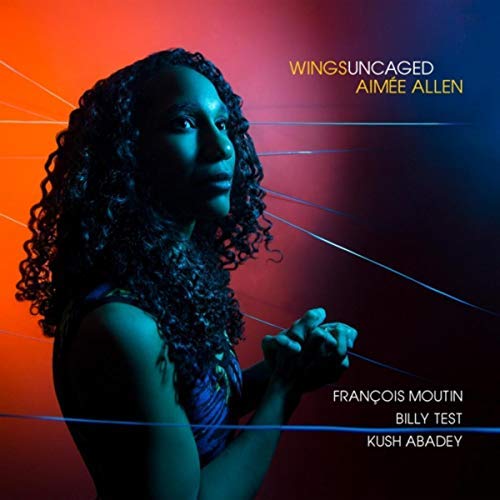 Aimee Allen has an incredible voice, yes. It's rich and full and classically right for jazz. But what impresses me the most about her new album, Wings Uncaged, is that she has such obvious respect for the music she's singing, especially when it comes to the musicians who share the stage with her. That sounds a little vague, I know, but let elaborate. Back in the day (a phrase that a famous music scribe told me to avoid), you had a jazz singer, either male or female, someone like Ella (a personal favorite of Allen), and the record label knew that you needed more than just an incredible voice to stand out in the crowd. You needed those musicians behind you to be somebody as well, somebody known for the company they've kept and the records they have made. That's why they used to list the other musicians right on the front cover of the album whenever possible. Jazz aficionados love a singer who really shines, but they also want to know who's playing bass and drums and piano and whatever else.

Allen is, to use one of my favorite jazz words, generous. She understands that jazz is not only about your talent, and that it's important to step away from the microphone once in a while and bathe in the ideas that come from other parts of the stage. So many jazz singers have that "look at me" aura, of lifting the rest of their ensemble on their shoulders. But Allen has this remarkable way of belting out a few lines, smoothly and with such feeling and ease, and then she steps back and tells the audience "Oh, you like that? Wait until you hear this." 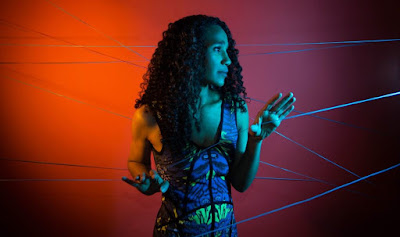 Wings Uncaged is one of my favorite recent albums featuring a female singer because it's so much of a collaboration. Let's get this out in the open--Allen's voice is special and deserves to be well in front. Without her amazing trio, she would still be a treasure and I would still like this album. A lot. She has a tremendous warmth in her powerful and clear voice. You want to listen to her, song after song, both her original compositions and standards such as "Hoagy Carmichael's "Skylark" and Johnny Mercer's "Autumn Leaves," and you quickly realize that she's singing about herself. The original compositions are mighty in their fluency--these are real jazz songs, as real and honest as it gets. But bassist Francois Moutin, pianist Billy Test and drummer Kush Abadey stand out on their own, basking in the spotlight when required, but knowing how important it is to be a vital part of the whole.

Wings Uncaged, therefore, is a stunning meditation on the power of chemistry. Allen's been making records since 2006--her debut Dream featured her singing in English, French and Portuguese. She's played with a lot of big names, but it seems that these three are her spiritual home, the place where she feels comfortable and confident enough to deliver a set this impressive. At almost any point in the album you can simply focus on one of the four, and you'll be rewarded with pure, knowing excitement. It's that rightness, that feeling that no one else could do it any better. In a nutshell, these four performers need to stay together indefinitely and keep recording albums as wonderful as this. Wow.
Posted by . at 3:08 PM