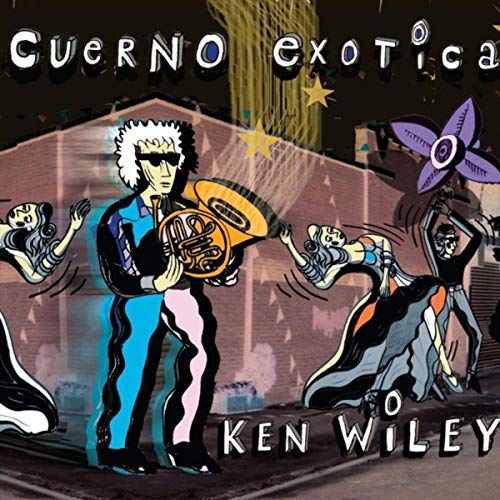 Everyone wants lush and tropical, right? Music that is lush and tropical is not only romantic, it's romantic in the sense that it takes you somewhere beautiful, a place where you can relax and be yourself and enjoy every moment. Jazz that is heavy in both Latin and Caribbean influences usually accomplishes those feelings and connections with ease. People who are fortunate to travel to such idyllic locations earn a splendid imprint on their psyches, a supreme feeling of contentment that this type of music instantly summons. Ken Wiley's new album, Cuerno Exotica, is such a vessel for that kind of happiness with its dense, modern structure and superb musical performances. It's a magical balm for your stressful existence in every conceivable way.

Wiley fronts this magnificent music with an unusual instrument--the French horn. (He also plays piano.) Despite the fact that one of my exes plays the instrument, I've always associated this brass instrument with a more civil tone, a reserved countenance that reminds me more of the English countryside than anything else. In this context, however, Wiley's horn is winsome and attractive. It reminds me of such words as "tradewinds," of traveling to places that can only be approached with a catamaran. Coupled with Mark Leggett's gorgeous acoustic guitar and Dan Higgins' wistful flute and piccolo, Wiley re-imagines a dream, a vacation from odd angles and jagged edges. He's smart enough to embrace plenty of percussion to solidify those Latin places and emotions, but there's no denying that he's created an innovative way to present his idea of world music in a way that's incredibly sure and hypnotic. 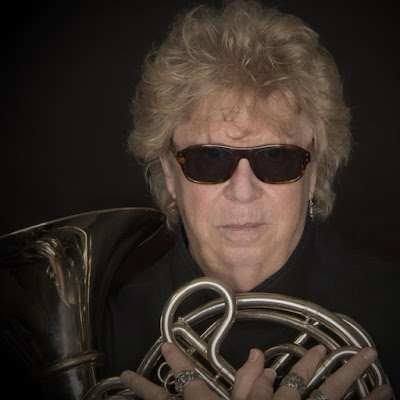 Cuerno Exotica starts off with a casual and seductive rendering of Ravel's Bolero. It's immediately identifiable, of course, but it's so languid in its method that you might wonder why it hasn't been offered in this way before. If you're convinced that this piece is an expression of love and lovemaking, you'll connect the dots rather quickly. But if you're like me, an avid lover of Ravel, you'll be equally compelled by the structure of the piece and how it was so revolutionary at the time of its debut. Wiley's version, however, does ooze with the visions of a forbidden tryst on a seductive beach, one where the participants are mesmerized equally by each other's eyes and the distant horizon where adventure awaits.

From Bolero we are treated to more exacting arrangements of those lush and tropical themes--McCoy Tyner's fabulous "Sama Layuca" and Cal Tjader's "Black Orchid" are far more logical in their interpretations. What elevates this music from being a mere "Bali Hai" travelogue is that denseness I described, how the music flows easily while offering an almost infinite range of details. The rhythm section is subdued and yet vital, producing a momentum that expands upon the obvious vision of Ravel. This album rewards deep listening, but it's also magical in its role as the soundtrack for the vacation of a lifetime, spent on a veranda with a soft sound of waves crashing on the sand.
Posted by . at 1:35 PM