Greg Diaz and the Art of Imagination Orchestra's Begin the Agora 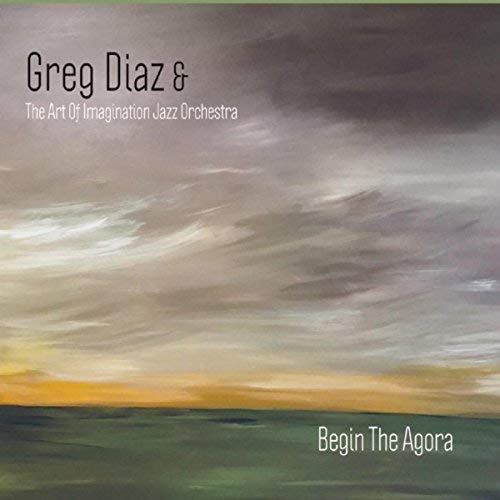 Greg Diaz's large jazz ensemble, The Art of the Imagination Jazz Orchestra, sounds quite a bit different than most big bands. At first I thought it was because they were slightly smaller than most jazz big bands, but 17 musicians--including tenor sax player and composer Diaz--are listed in the credits. You have five sax players, four trumpeters and four trombones, so you can anticipate a big sound that usually comes from such a meaty horn section. But at the core of The Art of Imagination Orchestra is a tight, focused rhythm section that includes keyboard player Eero Turunen, guitarist Chrsitian davis, bassist James McCoy and drummer Matt Calderin. These four don't play like they're in a big band jazz ensemble. They play like they're in a really hot funk-rock band, and that's the difference.

This is Greg Diaz's "long overdue debut" album, which means he's one of those guys who has been around for years and has played with just about everyone--we're talking Tito Puente, The Letterman, The Temptations, Ben E. King, Phil Woods and more. From that line-up, the funky core of his orchestra makes perfect sense. Through his arrangements of hits from Kevin Eubanks ("The Navigator"), a New Orleans medley that fuses "Brother John" and "Iko Iko" with an original composition and a few more original stand-alones, Diaz is a bridge of sorts between two bands. One on side he has one of those dazzling, powerful horn sections that always seems like it's on the verge of exploding on stage, and on the other side that killer rhythm section does more than ground the orchestra--it jumps behind the wheel and stomps on the gas pedal. 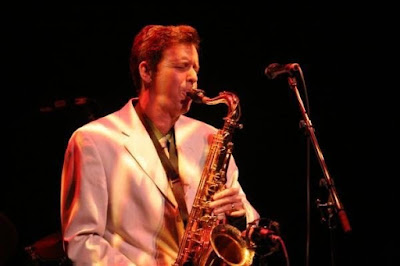 Diaz is also one of those jazz musicians who has a side job in the faculty of a jazz department in a college--in this case, Miami Dade Community College. Surprisingly, he is a Professor of Jazz Voice there. Despite the fact that he can play tenor sax, clarinet and flute, and that he composes and arranges this album, he does get a chance to sing during the New Orleans medley, and it's a big and appropriately joyous voice he possesses. Despite this versatility, he champions numerous solos from both sides of his orchestra. That gives Begin the Agora a vibe that is constantly evolving while maintaining a major chord energy that always sounds like a celebration.

I have a few more big band recordings on deck. They tend to arrive in clusters. The key to enjoying each recording is to pick out the signature, the angle that makes each one unique. That's important, since most big band recordings focus on standards and bringing something new to the mix--which is harder than it sounds. Diaz and his orchestra have found their own signature, that rich and funky momentum that's borne from that killer rhythm section and is given flight by that powerhouse of a horn section. But most of all there's a man standing in the middle, a sax player who keeps the two halves together through his multitude of talents.