Q Morrow's There Are Stars in Brooklyn 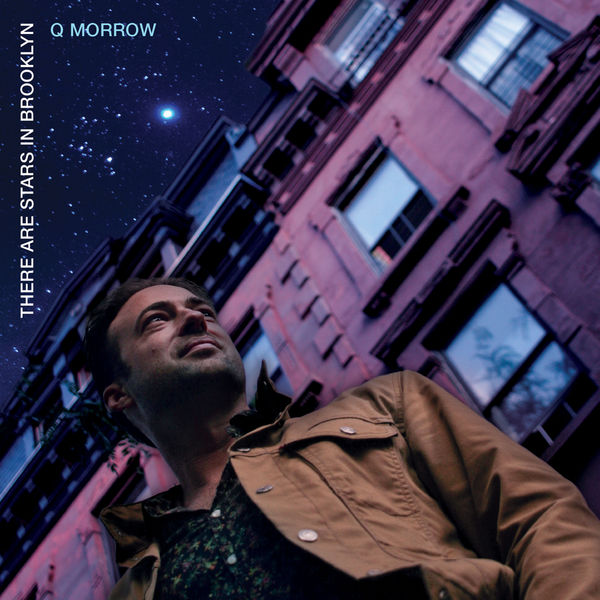 Listening to Q Morrow's new album, There Are Stars in Brooklyn, I'm immediately reminded that the acoustic guitar is woefully under-represented in contemporary jazz. I don't know why this is, since Morrow's playing fits in perfectly with most sub-genres of jazz--especially those with Latin and Caribbean roots. But even that's pigeon-holing this unique performer and underestimating how expansive his sound really is. Morrow, who obviously calls Brooklyn his home, is originally from the suburbs of Boise, Idaho. At 18 he left for California and studied music in Santa Cruz and later went to the University of North Texas, a place I now know pretty well due to my recent head-first dive into their legendary jazz studies program. From there he traveled to India to study Carnatic music with Jayanthi Kumaresh. As a result of his musical sojourn, he is well-versed in jazz, funk, pop, rock, classical, Cuban, Brazilian and of course Indian guitar styles.

If you listen casually to his style of playing, you might think of flamenco first, especially during the epic opening title track. As you move through these eight originals, his approach slowly morphs into Brazilian motifs. A-ha, you might exclaim. Isn't Brazilian jazz a sub-genre that uses acoustic guitars extensively? I would agree with you there, except that acoustic guitars are usually employed for their rhythms and textures, and that Brazilian music rarely uses this instrument as a lead instrument, much less one with a virtuoso presence such as this. So are we talking maybe Bola Sete? Yes, maybe that puts us in the right ball park, but that's starts us drifting into the realm of world music. And it's true that each of these songs evokes a different landscape and a different sensibility, all lovingly caressed by Morrow's magnificent guitar. "Pupusa Da Jamaica" doesn't stray too far from the Brazilian compositions, but it has a far livelier tempo that suggest flapping wings more than a steady float on an air current. The lovely and quiet "Inferno Astral" walks the southern edges of Spain like Morricone and Leone once did. The closer, "Loose Ends," has that classic free-wheeling and smart feel straight out of the NYC jazz scene, or at least the Brooklyn end. 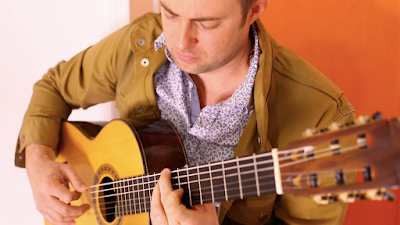 What keeps There Are Stars in Brooklyn firmly planted in the world of jazz is Morrow's cohorts for this project--Will Vinson on sax, Evan Francis on sax and flute, Sam Bevan on bass and Raj Jayaweera on drums. These four keep Morrow's versatility not so much in check as somewhat grounded in tradition, his multitude of influences and aura of limitless possibilities tethered to a solid structure. This clean, spectacular recording is clearly about the man and his guitar, but the others know how to frame that exquisite talent in an explosive and exciting setting, and they also know how to step away as they do on "Inferno Astral" and let this daring musician produce almost hypnotic strains of pure beauty.

This is Q Morrow's second album. His first, All Around Dude, was released six years ago. I sampled some of it from his website, at http://www.qmorrow.net/, and it also showcases his amazing guitar skills but with significant tonal differences. I'm intrigued by this idea--so many of these reviews I've been doing feature musicians who wait five, ten, fifteen years or more between albums, something that's almost unheard of in the realm of pop and rock unless we're talking about one of those ubiquitous comeback tours. I think it's different in the world of jazz--artists go out and perform and live life and travel the world, like Morrow has, and those experiences seem to find their way into the music. It's more revealing to wait for these musicians to go through the next phase and deliver the goods once the differences are meaningful. Morrow certainly has arrived at the next level and has given us something full of imagination.