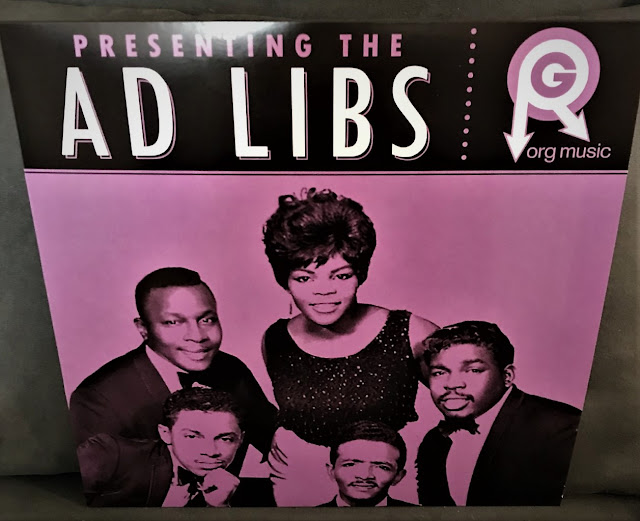 "There's a piece of real estate where all the hippies congregate..."

So begins "On the Corner," the first track on the Ad Libs' 1965 debut Presenting the Ad Libs. That opening sentence provides a considerable amount of context for this LP reissue from ORG Music, a beautiful purple pressing from the Pallas Group in Germany. The Ad Libs were a classic doo-wop group from Bayonne, New Jersey, and this album came out at a time when doo-wop was waning in popularity. The Ad Libs jumped right out and proved they were no ordinary doo-wop group--they were among the few groups with a female singing lead, and their lyrics were unusually relevant and sophisticated. In a time when Motown was taking over the R&B charts with such acts as The Supremes and the British Invasion was in full force, the Ad Libs made a minor but significant impact on pop music.

The Ad Libs only had one big hit--"The Boy From New York City," which appears here. You know the one..."Oo ah oo ah oo oo, Kitty, tell us 'bout the boy from New York City." Yet they performed together well into the '80s and experienced a comeback of sorts when the Manhattan Transfer had a hit with "The Boy From New York City" in 1981. Despite their partnership with Jerry Lieber and Mike Stoller, they never really had any sales and were dropped from Red Bird Records after three non-performing albums. That, of course, is a shame, because there's a lot of talent here. 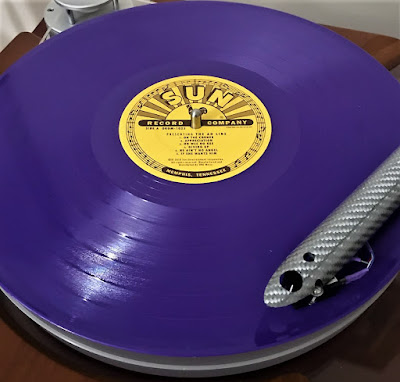 As I mentioned, the Ad Libs were notable because they flipped the normal doo-wop conventions when Mary Ann Thomas stepped to the front of the stage, leaving founders Danny and Austin and Hugh Harris, along with baritone Norman Donegan and bass vocalist David Allen Watt to supply the four-part harmonies. This strategy could have been implemented to stand out from the crowd, but I prefer to think of a less calculated reason--Thomas' appealing vocals. She's distinctive, soulful and yet innocent, a young woman who's still trying to figure out the complexities of love. Why didn't she become a big star on her own?

The sound quality on this album is clean and vibrant. There's a minimalism in the studio that keeps the recording small and distant, but that's okay since this was music that was meant to be played on small radios. Presenting the Ad Libs, therefore, is a document of a fun group that should have gone on to bigger things. It's not an audiophile release, but it is something authentic, something that can shake up a party and get everyone dancing. Afterwards everyone will ask, "who was that?" And you'll be able to tell them the story.
Posted by . at 12:09 PM