The Ebony Hillbillies' 5 Miles From Town 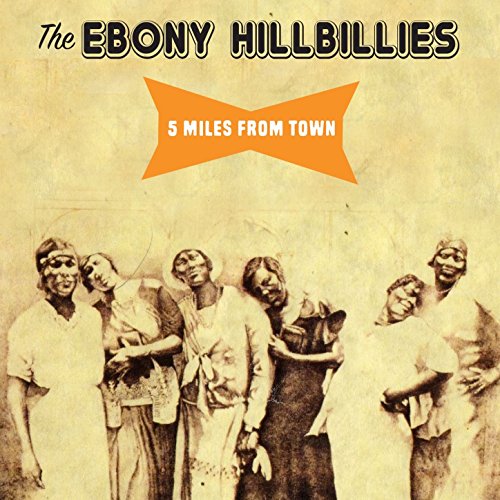 After just a few seconds of listening to 5 Miles From Home, I knew what a remarkable recording it was going to be. The Ebony Hillbillies bill themselves as "The Premier African-American String Band in America," performing an amazing strain of roots music that is thoroughly positioned in modern times and tackling modern issues in a gloriously old-fashioned way. Here you have a septet of performers--Henrique Prince, Norris Washington Bennett, Gloria Thomas Gassaway, William "Salty Bill" Salter, Allanah Salter, Newman Taylor Baker and A. R. "Ali" Rahman--playing such instruments as fiddles, banjos, dulcimers, shakers, bones and cowboy and washboard percussion. It all sounds wonderful, of course, both guttural and clear-eyed, and in a way I haven't heard before.

The Hillbillies got their start on the streets of Manhattan--what an amazing sight (and sound) that must have been. Since those humble beginnings, they have appeared at both Carnegie Hall and the Lincoln Center, and they've appeared numerous times on TV. They mix Americana, or what used to be referred to as "jug band" music, with a topical approach that is both humorous and socially aware. The result is unique and as bracing as a well-deserved slap in the face. These seven musicians handle a wide variety of genres such as bluegrass, gospel, blues and jazz, applying it to originals, covers and a few thrilling instrumental jams. This is music that will make you want to dance--until something is said that will make you stop in your tracks and think. 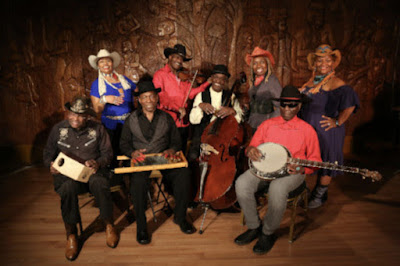 That "something" might be the three gunshots that come at the end of "I'm on My Way to Brooklyn," a sweet and inspiring spiritual up until those dreaded exclamation marks. It might be some of the lyrics in "Another Man Done Gone (Hands Up Don't Shoot)," such as "He had a hoodie on!," and you'll suddenly know who they're singing about. This is protest music mixed in with a keen sense of musical history, and it's as intoxicating as it is questioning.

The sound quality is stunning as well. All of that stomping and hooting and whacking is vivid and immediate, and the bass notes, played by Salty Bill, are particularly rich and deep as if you can hear the old floorboards under him creaking with the energy. There is some tinkering with the vocals at times that's meant to mimic an old recording, but that's as authentic as the rest of it. 5 Miles From Town, released just after New Years' Day, is hopefully positioned to define 2019 and what's to come over the next twelve months--a better understanding of how things are, how they've been and how they could be. It should create a musical bond between everyone who listens to it, and it's already my favorite release of this very young year.
Posted by . at 9:31 AM