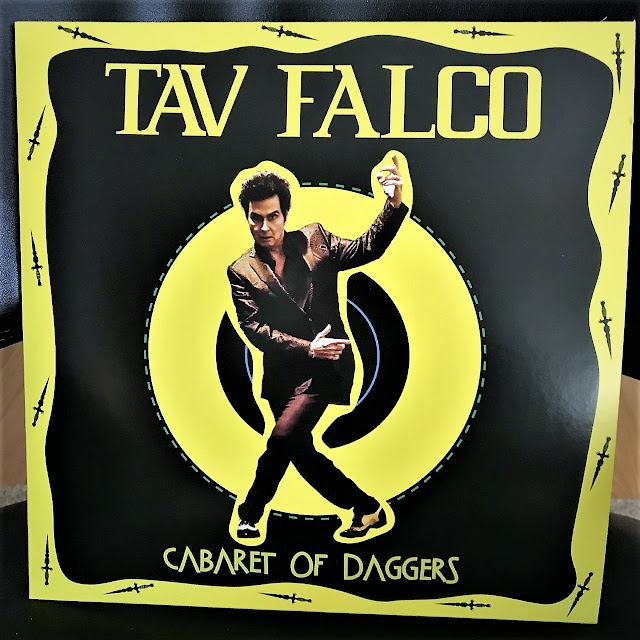 When it comes to the massive care package I received from ORG Music a couple of months ago, I saved the best for last. When I first listened to Tav Falco's Cabaret of Daggers, I had a lot of questions: Who is Tav Falco? What kind of music is this? Is this a reissue, or is this a current release? This album doesn't include the copious liner notes that most ORG Music releases have, but from the credits I deduced that Tav Falco is the guitarist and singer for an Italian retro-cabaret-rock ensemble. Cabaret of Daggers was recorded in Rome, but mastered in Memphis. From the cover photos, these five musicians aren't young kids trying to get their big break by performing American--they look like they've been around for a long time. (That's not meant to be a diss, by the way--I'll discuss this in a bit.)

So I wound up Wiki-ing Tav and his band, and it turns out he's an American-born musician who's been performing with a band named Panther Burns since 1979. He was born in Philly but moved to Arkansas and then Memphis, where he picked up his musical tastes. His Wiki page is pretty long and detailed, which indicates I should be ashamed for not knowing who he is. But that doesn't matter--we're here now, in 2019, and this album is fantastic. 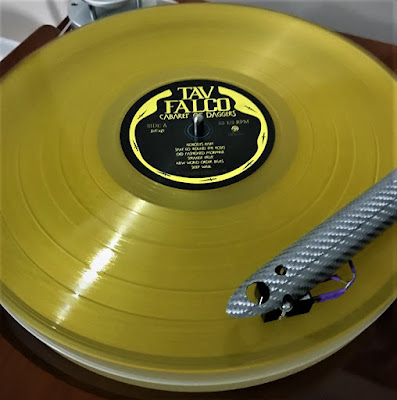 Cabaret of Daggers is indeed a new release, one recorded with a group of Italian musicians that he previously used for 2015's Command Performance--guitarist Mario Monterosso, keyboardist Francesco D'Agnolo, bassist Giuseppi Sangirardi and drummer Riccardo Colasante. I'd have to go back into the Panther Burns catalog to see how different this album is from the work he did in 1979, but this is my interpretation of this gloriously off-key LP: it's weary, but by design. That's right, these guys sound like Lily Von Shtupp, and they're just as charming. Falco's vocals are drenched in reverb, which accentuates his oh-so-tired demeanor that sounds like this was the final performance of a tour that lasted thirty years. He's flat, out of key much of the time, and yet he has that same underlying musical genius you'd find in someone like Jonathan Richman.

The genius, of course, is that this is the type of music that sounds like one thing on the surface, but another thing once you take a step or two closer. It's funny, of course--the lyrics are wry and delivered with exhausted conviction. The entire package is somewhat calculated, but it takes someone with decades of experience as a professional musician to bring this sort of sustained attitude to the mix and make it totally believable--or perhaps maybe Falco really is this tired. Then you'll hear something from the band, a beautiful, inspired solo, or even something from Falco's splendid and bluesy old Hofner, that gives up the game. It doesn't matter, though--whether or not this is all an act is beside the point. The concept is sound, the delivery is impeccable and Cabaret of Daggers is both serious music and a whole lot of fun.