The Dreaded Return of the Technics SL-1200 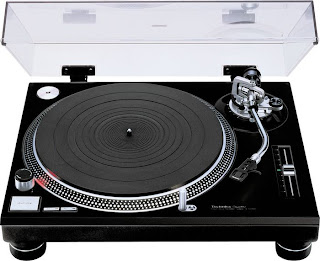 If you've read my columns in Perfect Sound Forever, AudioENZ and TONEAudio over the years, you probably know that I'm not a big fan of the Technics SL1200 turntable. But the flood gates really opened when I wrote a 2006 article for PSF that picked apart the best-selling turntable of all time and criticized direct-drive TTs in general. (You can read the original article at http://www.furious.com/perfect/vinyl53.html.)

Well, that prompted a legion of Technics owners and fans (which I later called the 1200 Army) to grab their pitchforks and take to the streets in protest. It seems like I spent the next three or four years defending myself before I realized that for every 1200 owner I offended, there were three or four engineers and honest-to-goodness audio industry guys telling me that I was right on the mark. So I stuck to my guns.

In fact, I did better than that. I bought a Technics SL1200 and spent the next two years trying every tweak offered by the 1200 Army. If they said the 1200 really shined with a certain cartridge, I tried that cartridge. I put everything from a $59 Shure to a $2500 Koetsu on the 1200. I heard a variety of tweaked 1200s from the likes of KAB USA and others. Someone told me that the arm of the 1200 was the weakest link, so I heard 1200s with tonearms from Rega and even SME. I heard that 1200s sounded their best with an outboard power supply, so I tried one of those. I tried damping troughs and rubber feet. I tried it all. 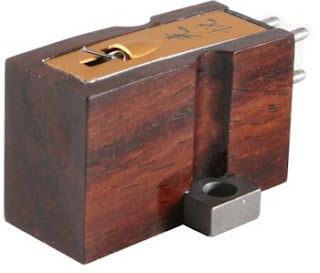 I reported my findings over the course of two years in all three of the aforementioned publications as well as audio discussion forums such as the Steve Hoffman Forum. My conclusions on the 1200 are as follows:

1. Replace the arm, armboard and power supply and the 1200 sounds decent. Not great, but decent.
2. A high-quality cartridges does wonders. I heard a Technics SL-1210 with a $1200 Ortofon cartridge at audio reviewer Danny Kaey's house, and it was at least as good as my old Rega P3 with Exact cartridge...at twice the price. I also found that the $199 Ortofon 2M Blue did a pretty good job of erasing some of the inherent darkness of the 1200 sound.
3. Throw a lot of money at a 1200, and you'll still hear a reduction in soundstage size and, specifically, soundstage depth. And it will always sound dark.
4. On the good side, the low bass quality is outstanding, as is pitch stability.
5. It's built like a tank and will last forever. 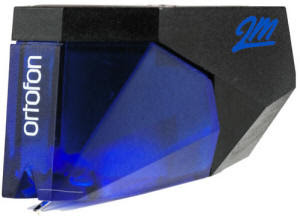 After I sold the 1200, I was done talking about it. I never wanted to talk about it again. But you know the Internet.

Just a couple of days ago, I received an invitation to check out an audio discussion forum in England where my original 2006 article was once again being dismembered by "engineering" types who attempted to impugn everything from my technical knowledge to my cocksmanship (apologies to Bill Holden in Network). Well, those of you who know me well also know that I don't shrink from a flame war, and I immediately started digging trenches.

But after going back and forth with the site administrator (a guy named Marco who was all sweet in our email exchanges yet insulting on the forum), I decided not to fall into that trap again. The responses to my emails (which Marco posted on the forum without permission) were filled with so much false bravado, misinformation and downright poor reading comprehension skills that I realized I don't have enough time in the day to deal with it all. So I declined Marco's invitation to join his forum and hash it out with the regulars. 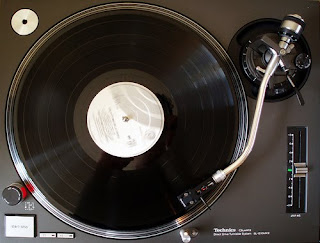 For the record, if you have a 1200 then enjoy it. I will continue to believe that a good belt-drive design will always sound less dark and dull than the Technics. But who am I to say what accurate sound is? I love the lush, romantic and somewhat colored sound of both Koetsu cartridges and single-ended triode amps.

So the next time someone wants to discuss the 1200 with me, I will politely decline. I will suggest that you do your homework and read ALL of the articles I wrote about my journey with the 1200 and NOT just judge me from that five-year old article. (By the way, I still stand behind every word.)

Just listen to LPs in the 21st century, and you'll be aces with me.