Listening to 78rpm records...what a blast! 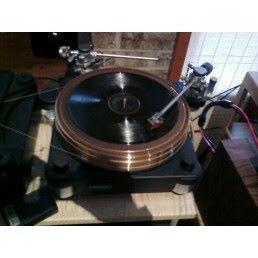 I spent yesterday up in Dallas with Terry Combs of Sound Mind Audio in Dallas. And, as promised, we listened to 78rpm records on a stellar analog rig that included a rare Micro Seiki turntable modded by Terry himself, with a wood-bodied Benz-Micro that was specifically built to handle the medium. I won't go into too much detail about the experience since it will appear in the next Vinyl Anachronist column for Perfect Sound Forever, but suffice it to say that it was an ear-opening experience. 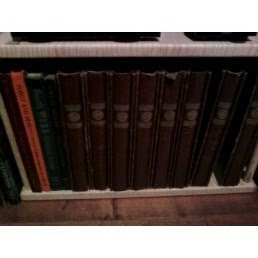 In a nutshell, listening to a state-of-the-art 78 rig won't quite achieve the same level of fidelity and realism as the best modern LP playback systems. What this rig did offer, however, was an illuminating and exciting window into the original recording event, something that is just not possible with more contemporary solutions. What Terry did point out on lacquer after lacquer was the sheer emotional thrill of 78s, and how listening to 78s like this a something akin to traveling in a time machine. If you fancy yourself a musical historian who is interested in such classic performances, a 78 rig like Terry's is clearly the way to go (as opposed to remastered offerings on other formats). 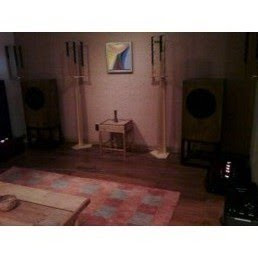 In addition, I finally got to hear the amazing Trenner & Friedl RA Boxes, a unique high-efficiency design that was able to create a full-range sound that was both dynamic yet agile. While I believe that the $170,000 Trenner & Friedl Dukes I heard at CES were possible the finest loudspeakers I've ever heard, the RA Boxes offer a huge chunk of that sound quality for a fraction of the price. I could easily imagine living with these for the rest of my life. The RA Boxes are also extremely practical designs, since they are designed to be used only a few inches from the back walls. They are big and beautiful, but they also stay out of the way. 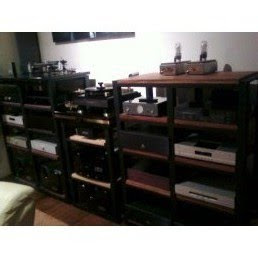 Terry had paired the RA Boxes with huge single-ended monoblocks from VivA, an Italian amplifier company that has found a unique sonic solution by using the same tube types for the output, driver and rectifier tubes. When you see the four identical tubes in a row on the top of the VivAs, you probably will assume they are push-pull designs. But they're not. Due to this tube configuration, these amps provide a respectable amount of power that will work with a variety of speakers. Plus, they sound absolutely wonderful. 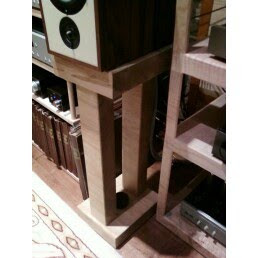 Finally, it was nice to hear Terry express his love for the Trenner & Friedl ART monitors, which I also own. (Here's a pic with the ARTs with the T&F Brilliant supertweeters, mounted on stands that Terry made himself; he actually builds most of the beautiful equipment racks and furniture in the showroom). With all of the bigger, more expensive speakers he had at his disposal at Sound Mind Audio (and he has a LOT of equipment on hand), he told me that if someone told him that the ARTs were the only speaker he could own, he'd say "Wow...thanks!" Again, I don't think there is a finer small monitor on the planet than the ARTs, which is why I chose them. (And I've heard just about everything.) 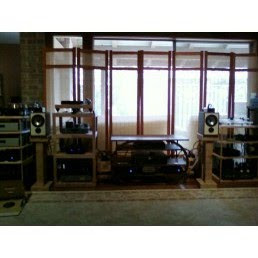 Terry is also one of the few high-end dealers who works out of his home (which was a gorgeous house that he had completely remodeled on his own) and still keeps a large inventory of product on hand. In fact, he has two showrooms set up with a huge amount of components. He's also one of the few dealers around who doesn't sit quietly while you're listening to music; he LOVES his music and is always emotionally involved whenever the needle hits the groove. I had a HUGE amount of fun spending the afternoon with Terry, and I hope I can visit again soon. 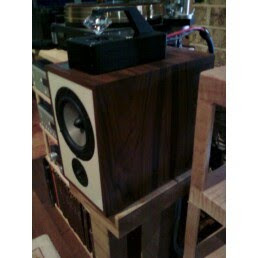 If you'd like to know more about Terry Combs and Sound Mind Audio, give him a call at 214-327-2073. And my Vinyl Anachronist column should appear in Perfect Sound Forever around April 1. 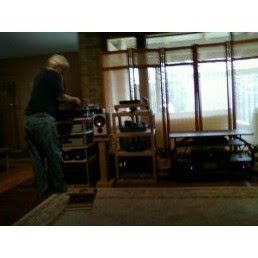