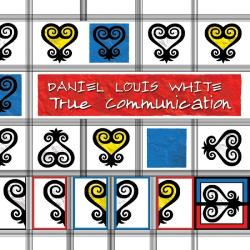 Every so often something worthwhile slips through the cracks and goes unnoticed, especially in the world of music. Think about the distribution foul-ups that relegated Big Star into oblivion through most of the '70s and '80s, or the record label greed that destroyed Badfinger, and it's not too surprising when you find a great album that absolutely no one knows about. A friend of mine, Chris Perez, slipped me this CD of Daniel Louis White's True Communication, which was released back in 2011. He personally knows Daniel Louis White, a young jazz composer and tenor saxophonist from Texas, and informed me that Daniel was currently working on a vinyl project for his second release. The note from Chris read:

Sounds like my cup of tea, so I took True Communication home and gave it a listen. I was immediately floored. First, the sound quality was absolutely stellar for a redbook CD. The sound of Jonathan Fisher's bass was full, clean and deep. Daniel's tenor sax is soulful, unique and masterful. Best of all, the compositions, all written by Daniel, were spellbinding and powerfully original. Truly innovative contemporary jazz, in my humble opinion, is much rarer than it was forty or fifty years ago, and it's remarkable to find a new recording that combines a deep knowledge of jazz fundamentals with a forward-thinking vision. These four pieces combine breathtaking solo improvisation with a 21st century feel--Justin Heaverin's drumming, for instance, can almost sound like rapid-fire sampling at times, but it's not. Top it off with Chris Villanueva's keyboards and Kathryn Stachitus' wonderfully anachronist vocal improvs on two songs, and you have an album that would be an instant classic--if it was released a few decades ago.

Daniel is nothing if not utterly ambitious. He begins True Communication with the titular five-part suite, an audacious journey that contains sections named "Birth of Disillusion," "Unique Consolations" and more. The connection between these themes is subtle and requires repeated listening to connect the dots, but the lines are definitely there. It's amazing how timeless this all sounds, especially when Villanueva introduces a solo that features an electric piano that sounds straight out of a Miles Davis session in the '70s. The remaining cuts retain all of the melody and cohesion of all the great standards; it's mind-boggling when you realize there's not a cover tune in the lot.

So what happened? First of all, when's the last time you heard a modern jazz album gain any momentum and make a real impact in the commercial marketplace? Once you remove all that tinkly "lite jazz," the real stuff is far out of the realm of the mainstream. There is great jazz that has been released in the 21st century, but it's difficult to discover the clues. The answer to the above question, therefore, probably resides somewhere in the late '60s or early '70s, a phenomenon that was probably accomplished by someone long gone. I did hear from Daniel the other day, and he provided some insight:

"I composed much of it while I was still in college (I studied jazz at UNT). While I feel that Natural Consequences (my current project) is more of an artistic statement, I am very proud of what I accomplished with True Communication. I believe that wherever my art takes me I can look back on my debut album with a since of accomplishment.

"That being said, I feel the greatest failure with True Communication was that it was not promoted properly. I believe the album's musicality was a solid but my efforts to promote it and find genuine support were stifled beneath my lack of maturity and foresight. The individuals that I found to promote the project ended up leaving a trail of dead ends and false promises. My group played a few sparse gigs around the Dallas area (where I am originally from) and despite how well we played I had a difficult time gaining momentum to find other locations for my group to play. At the time, I could not understand how our group of world-class musicians with a world-class product were failing to gain a reach in the jazz community." 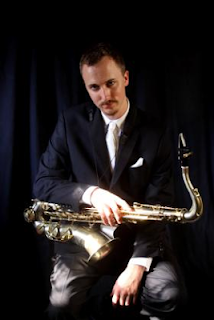 Daniel's strategy to address this, and to ensure it wouldn't happen to Natural Consequences, was to move to Austin. With its vibrant music scene, Austin is a far more productive environment to finish the second album. Daniel told me that about half of it is finished. In fact, he provided me with a list of his goals for Natural Consequences:

Once you've heard True Communication, you can't help but be impressed by these objectives, and by the possibilities. I plan on talking further to Daniel about his progress, so stay tuned. Until then, I urge you to check out True Communication, which can be purchased on Daniels's website. If you're a jazz fan who is looking for an undiscovered masterpiece, this should top your shopping list.
Posted by . at 2:30 PM