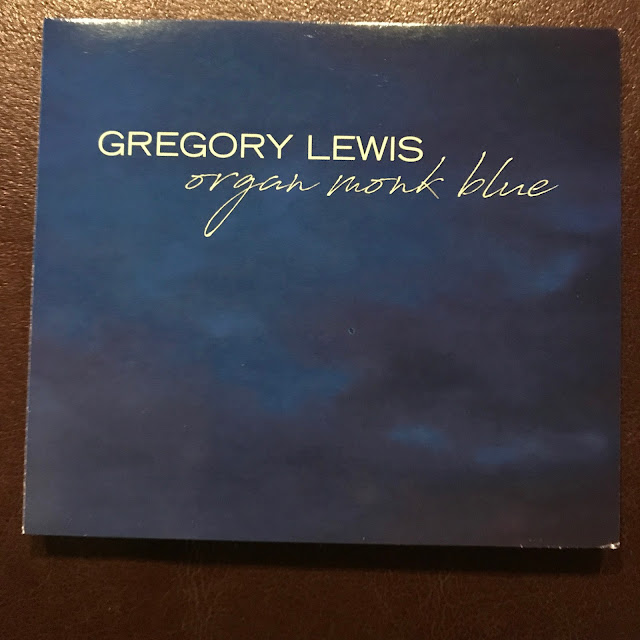 Here's some more Hammond B-3 music for you. This one's grittier, more down and dirty than some of the other B-3 recordings I've been reviewing. Of course, this one is from a maestro--Gregory Lewis. I've discussed his groundbreaking work before when I reviewed The Breathe Suite back in June. That release, which contained tracks dedicated to African-Americans who had been killed during confrontations with police, was serious and inspired. "If you love the Hammond as much as I do, you'll appreciate the newness he brings to these keys, the clarity and the speed and the energy," I said.

Organ Monk Blue is the fourth album from Gregory Lewis to celebrate the work of Thelonious Monk. This one, as you might suspect, is more centered on the blues with such compositions as "Blues Five Spot" and "Raise Four" and "Blue Sphere." The feel is more bluesy as well, which is why I used the term "down and dirty" before. I don't think I've ever used that term to describe music before, but that's the first thought I had while listening to this new release. It's raw and gutsy and dark and sounds like it was performed in a place where you might feel the urge to burn your clothes when you get back home. 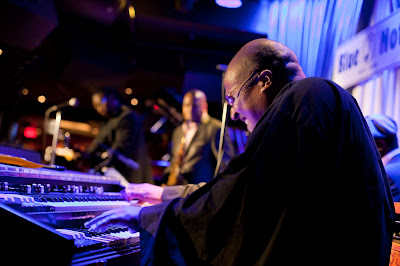 Lewis' work on the B-3 is far more guttural than some of the other Hammond players out there right now. I've already gone on the record as a fan of the B-3, and I love all the organic and earthy textures you can extract from what is basically an electronic instrument. Lewis takes that to another level, a subterranean spot where the grime is tangible and the duct tape is about to give out. With legendary guitarist Marc Ribot acting as a melodic partner, as well as Jeremy Bean Clemons beating the hell out of his drums, Lewis takes us on a tour of back alley B-3, where you might run into some shady characters. And when they ask if you have a cigarette, you light it for them and hang out with them until they've finished their smoke break.

It's also surprising how much rock and roll slips into these blues, more than The Breathe Suite which was far more experimental in structure and tone. Perhaps that is the Ribot influence. It's certainly jazz at its core, but there are plenty of moments where this unique trio lets loose and tracks down some rock and roll history in the same vein as scholars such as Bill Frisell. Organ Monk Blue puts you into a dark, dank world where the music is fierce but cool, and you might need a shower afterward. It's worth it.