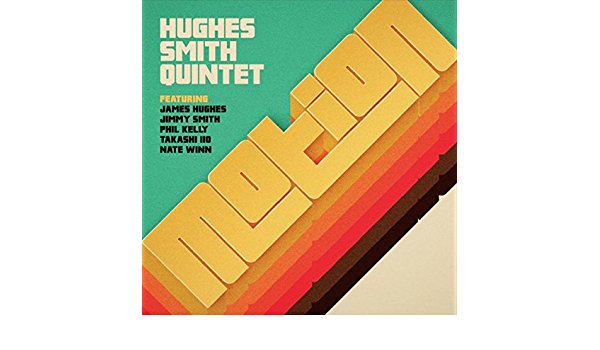 "The HSQ is a Detroit-based jazz quintet that performs original music with purpose."

This is the opening sentence on the press kit, and my first reaction was "Purpose?" What does this mean? Is the purpose to advance contemporary jazz into new frontiers? To showcase the performers? To get some money in the bank? I know this is cynical, but that's exactly what I was thinking until I started listening to this new album from Hughes Smith Quintet. My first impression was straightforward and pure. This isn't groundbreaking jazz, it's just performed with an impeccable instinct for the genre. If you can imagine what jazz is, in your mind, for just a few seconds, it would sound a lot like this. So maybe purpose is the right word after all.

HSQ isn't led by a guy named Hughes Smith, it's led by sax player James Hughes and trumpeter Jimmy Smith. Their base in Detroit figures heavily into their sound--when I think of Motor City I tend to think of big horn sections way out front. Indeed, most of these original compositions focus on the Hughes-Smith tandem leading the way, driving the melody, creating all the big excitement. That's not to diminish the rest of the quintet, which includes Phil Kelly on keyboards, Takashi Iio on bass and Nate Winn on drums. Kelly, in particular, serves as yet another soloist on occasion. His Fender Rhodes electric piano takes are exquisite and further reinforce that Detroit feel of late nights at the club, the booze flowing and the air thick with smoke. 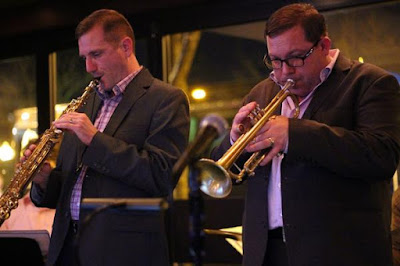 This is the kind of jazz quintet that sounds like it's been together for decades, but HSQ has only been around since 2013. The band put out an album then called From Here On Out and another one two years later called Ever Up and Onward that AllMusic selected as "Favorite Jazz Album" for 2015. I haven't heard either album, but I am impressed with the confidence on display in Motion, especially how it affects the level of the performances. If this had been an album of standards, I might say the HSQ's only flaw, a relatively minor one, is that they leave nothing to chance. Knowing these are all originals, I have to yank that observation off the table. It's difficult to make original compositions sound so classic, as if you've heard them all before. And if you haven't, where have you been, man?

I haven't mentioned the rhythm section until now, but I should. Winn plays the traps with a high-energy style that sounds like he's really into old Lalo Schifrin movie soundtracks from the '60s and '70s. He's a dramatic drummer, one who focuses on his big exclamation marks, and he brings enormous and tangible energy to the quintet. Takashi Iio underlines the trend of Japanese musicians finally receiving plenty of respect in American jazz circles--the days of criticizing the streamlined TBM sound are long over. Iio's bass is tricky, light and always searching for new phrases. He's a gem.

This is another jazz release that's just on the mark. It sounds right. I shouldn't be going on and on about this and that--just listen to Motion for a few minutes and you'll understand its purpose.
Posted by . at 10:03 AM