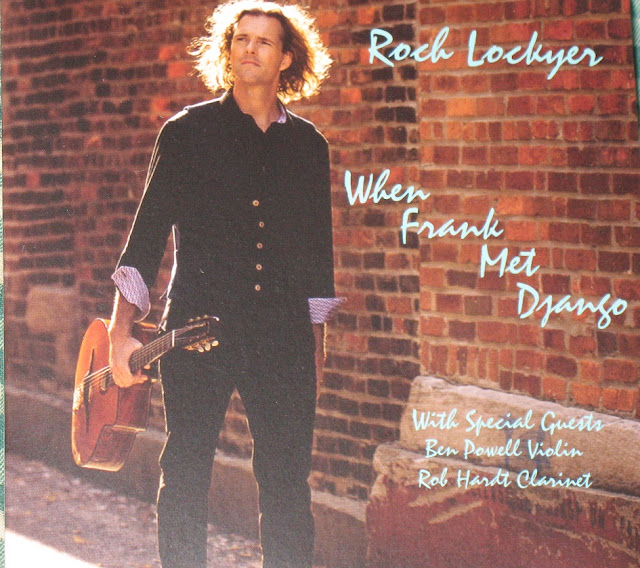 I don't normally stoop to poking fun at people's names, but Roch Lockyer reminds me of a certain B-52s song. ("Oh yeah," Roch will say with an epic roll of the eyes, "I've never heard that one before.") But it's safe to say that Lockyer's music is the polar opposite of New Wave dance music. While his earlier work focused on both modern jazz and be-bop, this jazz guitarist has tackled a novel and thoroughly successful blending of two jazz sounds--or, as he suggests in his title, what if Frank Sinatra met Django Reinhardt and they cut an album together?

Just imagine Reinhardt's hot Parisian jazz guitar complementing great Sinatra standards as "Summer Wind," "Embraceable You" and "Just One of Those Things," and you'll have a fair idea of what this album is all about--except for one thing. Lockyer's singing voice is also nothing like Sinatra's. His voice is that of a crooner from the Great Depression, earnest and slightly fragile and head over heels in love. It's Lockyer's way of saying "I'm going to combine the stunning guitar sound of Django with famous Frank tunes, but I'm going to make them mine, all mine." 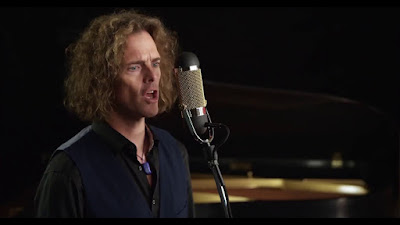 I have to tell you a little bit about my feelings toward "hot Parisian jazz." Down deep, I like it. I think Django is amazing, and I own a couple of original pressings that cost me a boatload of money. But if I hear too much of it, I start to feel like some guy sitting on his balcony off Central Park West, reading The Times while my law professor wife solves the crossword puzzle. We'd be playing either hot Parisian jazz or Mozart violin concertos, and we'd be drinking coffee that was shipped overnight straight from a plantation in Kona. Lockyer grounds this urbane, civilized tone with guitar playing that is downright stupendous. It's one thing to copy Reinhardt, and quite another to play as an imagined contemporary--which Lockyer does. Reinhardt was incredibly melodic but he was also lightning fast when he needed to be. Lockyer, in turn, imbues his playing with less technique and more feeling. He's on the nose in his tribute, of course, but he's also bringing something new to the table--himself.

For me, that's what makes this album stand out on its own. You can love Reinhardt or Sinatra of hot Parisian jazz, but it takes considerable finesse to to execute this type of novelty and have listeners walk away with one thought--"What a guitar player!" Lame B-52s jokes aside, that's the reason to love this album.
Posted by . at 11:24 AM