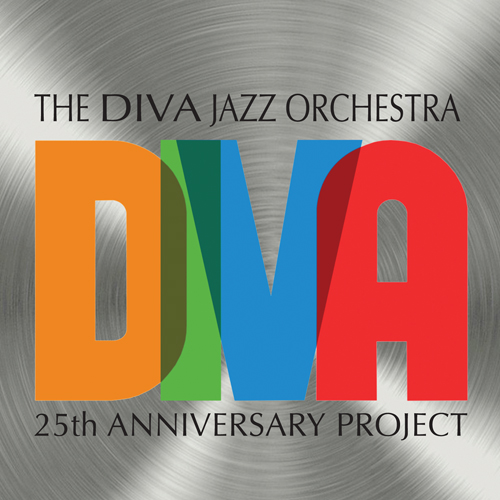 For the last few weeks--months, really--I've been working on that 2-part North Texas University Jazz article for Part-Time Audiophile. It's a fairly large undertaking, being that I have to review 11 CDs full of big band music than spans several decades. The music is absolutely fantastic, but I've been reluctant to review any other big band music at the same time because much of it's running together. In the meantime, I've received at least four other releases by big band ensembles, and I feel I need a break.

This particular album from The Diva Jazz Orchestra stood out, however. It's just so clean and punchy and, well, professional. I know that I'm supposed to mention that the remarkable thing about DJO is that it's comprised entirely of women, the eponymous divas, and that brings me back to the minor criticism I had when I reviewed the 3Divas release for Positive Feedback Online a few months ago. I find the term diva rather anachronistic these days, and that we shouldn't elevate a particular release just because it's performed by an all-female ensemble. It should just be considered by the music and not by any particular gender-based novelty. I wrote:

"It's part of the corporate branding, after all, the very name of the record label and all the people involved, so I don't think anything will change soon. But if these three women were in their twenties, they probably wouldn't be basking in their diva-ness. It's a conceit from a time that has passed. The days of Sweet Sue and her Society Syncopators are long gone, right?"

Well, the diva moniker has persevered--this 25th anniversary release from DJO has something in common with the 3Divas, and that's music director and talented drummer Sherrie Maricle. So this album represents part of a greater whole, a powerful force in today's jazz. In its largest iteration, DJO has little to do with the fact that women can play jazz just as well as men. Of course they can! 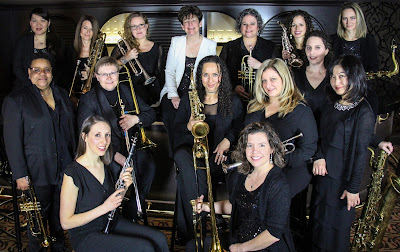 The 25th Anniversary Project is, of course, an incredible summation of the skills of DJO. In the liner notes, it's mentioned that "DIVA performs all over the world playing contemporary, mainstream big band jazz composed and arranged to fit the individual personalities and styles of the players." That's exactly what you get here, an extraordinary collection of jazz musicians, individuals who all get to spend time in the spotlight and reveal their notable strengths. I mentioned the word "punchy" before, and that's what sets this ensemble apart. There is no loose, sloppy playing. The DJO exhibits an incredible precision in these performances, all the result of Maricle who reflects "deeply about the outstanding talent that has shaped the band and the writers." As with 3Divas, the glue that holds this gorgeous-sounding machine together is the exciting drum work by Maricle herself. She is a fascinating, adept drummer with notable athleticism.

All of the songs were composed by DJO members, which makes the project sound even more impressive. I've used this description many times before, but it's amazing when a contemporary jazz composer creates something new that sounds like a lost classic, and here you get ten wonderful examples of the craft. If you're a fan of big band jazz, this is obviously a stand-out in a crowded field, and it matter not one whit that the players and composers are women.