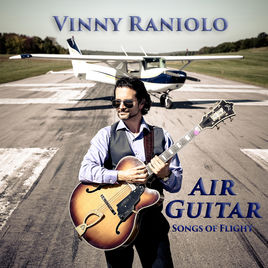 The title of this album sounds like something Joe Satriani or Yngwie Malmsteen might have put out back in the late '80s, an album devoted to their biggest fans who can't help but play along. Instead, Vinny Raniolo's new album is a gentle electric jazz guitar album with only Elias Bailey's accompaniment on stand-up bass as support. As it turns out, Raniolo's two main passions in life are playing jazz guitar and flying, and he launched this album as a tribute to both, a synergistic coupling of the two things that make him happy. He's included all the classics from the Great American Songbook that apply to aviation such as "Come Fly with Me," "Leaving on a Jet Plane," "Flying Down to Rio" and "Test Pilot." He even stretches the criteria to include "Stardust," "Volare," "East of the Sun and West of the Moon" and "Blue Skies."

You get the idea, I hope. This album isn't trying to cross new frontiers or develop new themes or visions for contemporary jazz. It is trying to entertain you, however, by offering a somewhat stripped down delivery of these classics in a fun way. It's breezy in the best way, yet more than a mere confection since Raniolo is a gifted player who has perfected his guitar sound. He often plays with fellow guitar masters such as Tommy Emmanuel, Bucky Pizzarelli, Leon Redbone, Dave Grisman, Mark Knopfler and others, and his performances have been included in Boardwalk Empire, Woody Allen's Cafe Society and Martin Scorsese's upcoming film The Irishman. 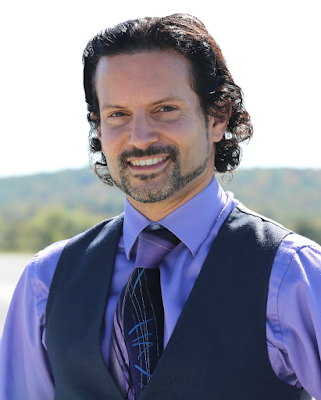 In other words, Raniolo is accomplished and polished--but not at the cost of expressing his own style and artistry. He's adept at conquering a jazz sound that is firmly set in a specific time and place. Maybe you'll think of Django Reinhardt, maybe you'll just settle into the sensibilities of the composers he covers--Irving Berlin, Hoagy Carmichael, Cole Porter and Jimmy Van Heusen. What is surprising, however, is that Bailey is very much an equal partner in this collaboration. His bass work is lively and succinct, with tons of slapping and plucking and other sounds that depart from the notes and offer that tactile meeting of human and musical instrument, something I automatically respond to as a music lover.

Since Air Guitar is so simple in its execution, the sound quality is striking as well. It's kind of hard to mess something like this up, but the folks at Trading 8s Recording Studio in Paramus, New Jersey know how to elevate the material by successfully preserving each musician's space on the stage, making them even more alive than usual. This CD is clean and quiet, of course, which makes me wish it was available on LP. I think that's something Raniolo should consider as long as he's making albums as pure and simple as this.
Posted by . at 10:35 AM