Carmela Rappazzo's Howlin' at the Moon 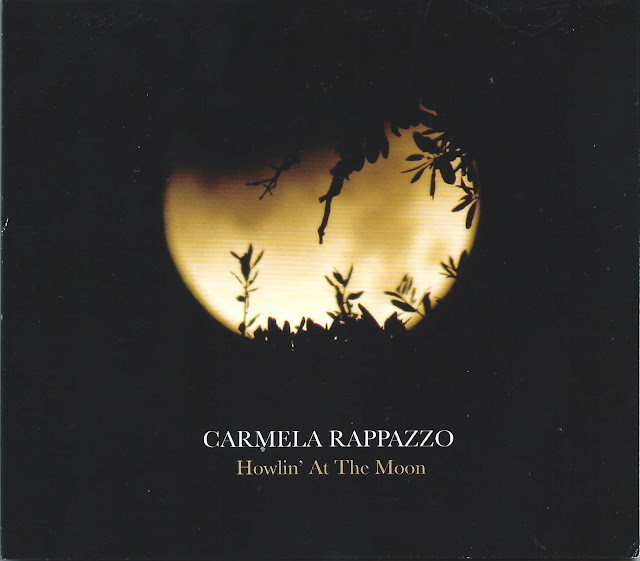 Carmela Rappazzo's a little different than most contemporary jazz singers. First of all, she writes most of her own material. Her lyrics have that quick yet conversational tone that sometimes borders on something you might hear in a Sondheim musical, a rush of words that cuts through the melody and provides you with an additional dense plot to consider. In Howlin' at the Moon, her sixth album, Rappazzo uses her storytelling skills to document her recent move to New Orleans as well as her friendship with actress Margaret Whitton (who passed away in 2016). Her voice has plenty of Broadway in it, that playfully clear way of advancing the story that comes naturally from being a seasoned stage actress.

This album isn't the same type of grand production presented in Tom Hook's amazing 62; the stage is much smaller and intimate. Rappazzo deals mostly with a piano trio (drummer Gerald T. Watkins Jr., bassist Jasen Weaver and pianist Oscar Rossignoli), accented with a few horn players--including Steve Glenn's tuba--to give it that "marchin' down Bourbon Street" feel. While there are nine distinct tracks here, including one cover of "Lullaby of the Leaves," the music flows continuously and often features recurring themes--especially in regards to Rappazzo's phrasing. 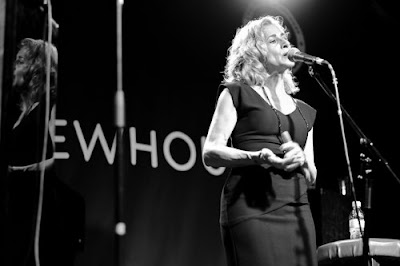 This unity gives Howlin' at the Moon the feel of a stage musical, or more specifically a one-woman show. Rappazzo is generous with the amount of time she offers to her ensemble--Rossignoli's piano fully supports the drama she introduces, while Watkins' percussion supplies the exclamation points. On her explicit tribute to Whitton, "State of Grace," Rappazzo enlists lutar player Mahmoud Chouki to provide that perfect touch of the esoteric, suggesting the mystery and sophistication of her friend. It's the most interesting track on the album.

The rest of the album has that wild, rollicking feel you might expect for music dedicated to living in New Orleans--even if it functions as an elegy. Then again, we all know about funerals in the Big Easy. A very high level of energy is maintained throughout Howlin' at the Moon, right up to the closing ballad "Making My Way Back to You." So much of jazz is focused on supplying personal emotions to lyrics that hundreds have sung before, but in this case you have an expressive, intelligent singer who is also an expressive, intelligent songwriter who is telling you about her life in a truly unique way.
Posted by . at 10:25 AM