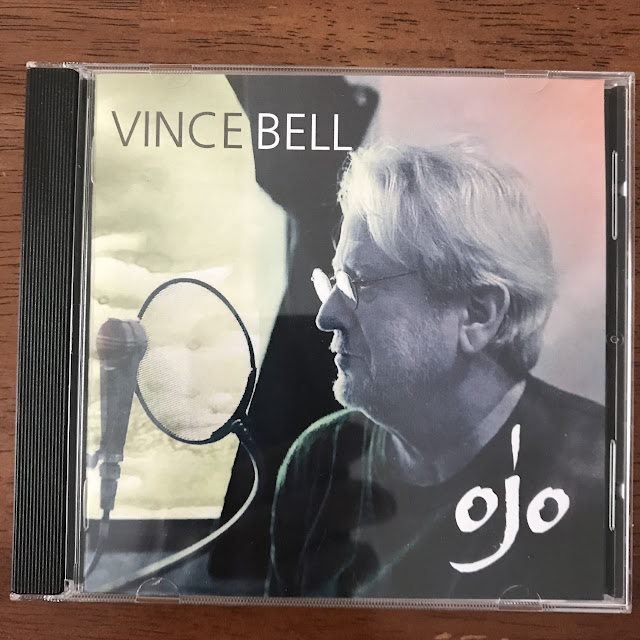 I tend to get a whiplash, pun intended, when one of my jazz contacts sends me something that isn't quite jazz. Vince Bell's Ojo is a perfect example of this, although I should have expected this much from Mulatta Records, Dave Soldier's label. Soldier's music, as well as his projects with others, tends to be out there, on the fringes, mining completely new sounds and ideas that can be either hypnotic or incredibly challenging. This new album from singer-songwriter-guitarist Bell isn't quite either--but this intriguing mix of spoken word poetry and folk/Americana music makes you tap the brakes. What is this music? What is Bell talking about?

Bell has a strong and gruff voice, not too different from men like Leonard Cohen and Robbie Robertson, but he can shift effortlessly into singing in a more conventional way if necessary. In fact, he has a very pleasing way of singing, passionate and heartfelt, that reminds me of New Zealand's Dave Dobbyns. It's his storytelling that's the draw here, which puts him into the same wry and twisted world of Tom Waits, a world full of extraordinary tension among ordinary people. Soldier, who produces the album, describes Ojo as “A cowboy walks into a bar with a rabbi, a minister, and the band from the first Star Wars movie, and this is what happened." 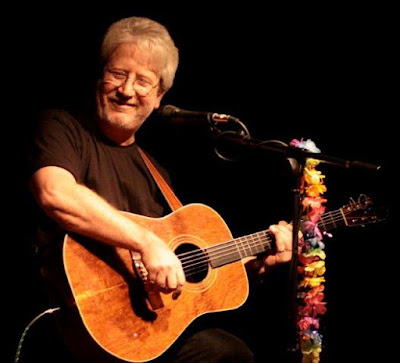 As eclectic and strange as this all sounds, it really isn't. Bell's tales are hauntingly clever, but told in an avuncular way that recalls that old man in your town who's been sitting on the same step, telling the same stories about the way things used to be and they way they ought to be. You're comfortable and familiar with the idea of having this man in your everyday life, but occasionally he says something that sticks with you more than you'd like. In a way he's a slightly more urbane version of Utah Phillips, to make yet another comparison, except that Bell is diving more deeply into folklore and philosophy--such as his pondering of the meaning music has in our lives.

Musically this is a rich and varied album, populated by Pedro Cortes' flamenco guitar, Robert Dick's flute, David Mansfield's banjo and dobro, Renaud-Gabriel Pion's clarinet and piano, Rob Schwimmer's continuum, Ratzo B. Harris' bass and Dave Soldier's violin, as well as vocal contributions from Laura Cantrell. There's also a heavy complement of swirling, jangling percussion from Patrick Derivaz, Valerie Dee Naranjo and Satoshi Takaeshi, which elevates the folk and Americana into something more global. I feel like that's Soldier's touch since his recordings always highlight the mystical sound of percussion instruments and their ability to stand guard at the gate of the cosmos. But it's Bell's weathered growl of a voice that keeps Ojo earthbound and essential.
Posted by . at 11:01 AM