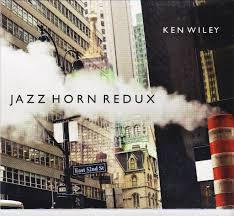 When you see a title like Jazz Horn Redux, you generally think of lots of blasting brass instruments all up in your face. Or perhaps you think of big horn sections backing up a big, bluesy Chicago or Detroit ensemble. I don't know what you think of, actually, but I do know that I approach these types of jazz albums with a fair amount of trepidation. I guess it goes back to that time I went to the Elephant Bar in Austin and sat up front, and the bell of the trumpet was no more than six feet from my face the whole time. I felt like my eyes were crossed for two weeks after that. I like a little more distance, thanks.

That's why Ken Wiley's new album is so surprising. He's a french horn player, which obviously sounds a lot more mellow than a trumpet or a flugelhorn or a sax or a trombone. Wiley is celebrating the contribution of horns in the jazz songbook, so we get smooth and textured renderings of such classics as Freddie Hubbard's "Little Sunflower," Charlie Parker's "Scrapple from the Apple," John Coltrane's "Equinox" and Sonny Rollins' "Oleo." You even get two faithful covers from Kind of Blue--"All Blues" and "Freddie Freeloader." 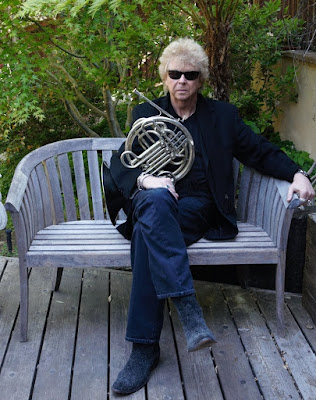 Surprisingly, this isn't Wiley's take on these classics, all performed on French horn. He's assembled a huge collection of L.A. jazz musicians to deliver these fairly straightforward yet beautifully captured performances. As band leader--and this is Wiley's fourth time doing this--he doesn't like to stray too far away from the original arrangements or come up with some crazy new way to do things. He's reverential in his approach, and a little bit of a perfectionist, and that means Jazz Horn Redux will sound like many legendary big band performances you might find from fifty or sixty years ago.

What Jazz Horn Redux also shares with those old recordings is beautiful sound quality. We're not talking about the simple late night impromptus that turned out to be magical, but a well-balanced and clean presentation that will reveal layer after layer of talent as well as a palpable whole that reveals how much these wonderful musicians know each other, and how much they enjoy playing on these types of ambitious projects.
Posted by . at 12:18 PM