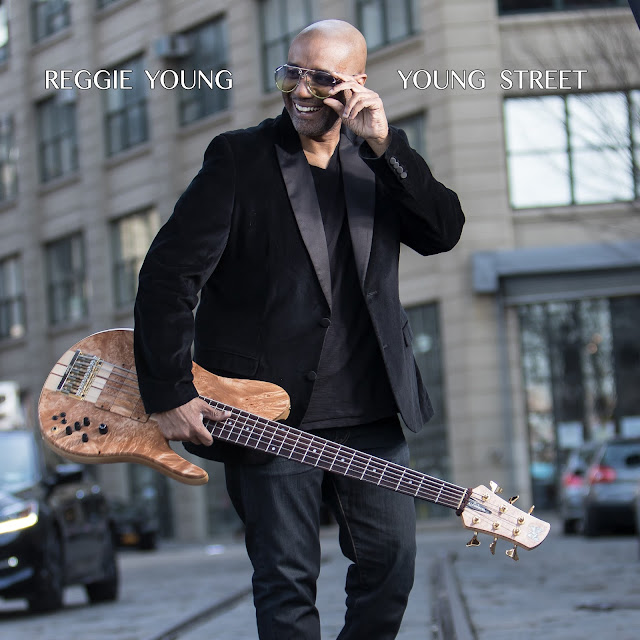 Bassist Reggie Young's new album, Young Street, is kind of odd. I don't mean that in a bad way. It's just that as you move through these 11 tracks, you'll start to wonder who Young is, and what kind of sound he's going for.

You can see his intentions--he's an incredible electric bass guitar player, and he's showing off how his unorthodox style can be applied to a number of jazz genres. There's certainly nothing odd about that, since many jazz musicians take that challenge. He starts off with a couple of tunes, "Young Street" and "Smash 'Em Up," that seem perfectly suited to his dynamic and funky aesthetic. From there he moves into "Brazilian Dreams," which of course shows off his taste in Brazilian jazz. He's still hanging in there, despite light and flippant backing vocals that border on stereotypical (ba-ba-ba-BAH!). Then comes a song called "Magic," which is hampered by sleepy, repetitive vocals and a lack of focus.

After that we get "Riding Low," which is more rock and roll than anything else--it definitely has momentum. From there we get Reggie Young's take on all sorts of genres, and for the most part they all sound great. I guess I'm wishing for more consistency in these tunes--I want "Young Street" as an album to feel more of a whole instead of a mere outlet for Young's virtuosity. 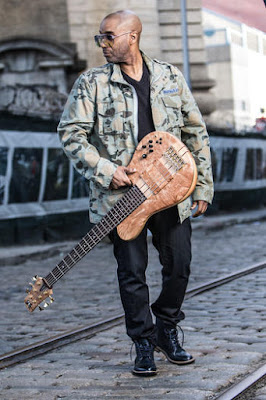 Young is far from a rookie--he's won a few Grammies, and he's played with Alicia Keys, Lenny Kravitz, Paul Shaffer, Stevie Wonder and Ruben Studdard. Fodera, a manufacturer of bass guitars, has released a Reggie Young Signature model. The sound of his bass guitar here is strong, distinctive and never trivial. Despite what I said before, he's not a show-off--he knows how to support his fellow musicians. Young Street was written to reflect the sounds Young hears walking through the streets of New York City, and perhaps that's why it's all over the place.

The liner notes state that "when you go hear him play live it's just remarkably entertaining." That's the album this should have been, focusing on this awesome bass player and how he interacts with his band. Instead, it feels like a greatest hits album that features tracks recorded in multiple decades, through multiple artistic periods. It's still quite good, but it is odd.
Posted by . at 10:31 AM